Did that get your attention and pique your interest?

To start the new year for 2020, the Crystal Council would like to recognize the beauty of the Giant Panda. For many Westerners, giant pandas represent wildlife conservation, The WWF uses it as a logo since 1961. In China, it is a magnificent national treasure, reflecting the country’s gentle nature, uniqueness and ancient culture. The earliest recorded examples of Panda Diplomacy could be traced back to 685 AD.

These beautiful creatures have lived in bamboo forests for several million years and are native to South Central China presently in six isolated mountain ranges. As few as 1,864 giant pandas live in their native habitat, while another 600 pandas live in zoos and breeding centers around the world. Giant Pandas first became endangered in 1990 due to excessive poaching in the 1980s and deforestation, depleting their bamboo food source.  People in need of food and income have cleared forests for agriculture and timber. This logging has fragmented a once continuous habitat, leaving small groups of pandas isolated from each other.

When populations become small, they are extremely susceptible to extinction due to environmental or genetic influences, such as drought or inbreeding. Small populations cannot rebound the same way large populations do and groups of pandas become more isolated, and their reproduction, disease resistance, and population become threatened.

The beautiful creatures can live up to 15-20 years in the wild and 30 in captivity. They can stand 4-6 feet, a female weighing in at 250 lbs and Males up to 300 lbs. Despite their weight and size, the Giant Panda is a very spiritual animal.  It inspires tranquil strength and determination and symbolizes peace and harmony. They bring forth the importance of personal boundaries, as well as physical and emotional comfort when times are tough. When there is a problem the Panda stays calm and determined. They are a totem of compassion, enjoyment, and abundance.

China has been aware of the Giant Pandas decline since 1960 when the first Panda reserves were established according to the WWF in the United States, the Giant Panda was declared an endangered species on Jan. 23rd, 1984. The U.S. Fish & Wildlife Service made this declaration as part of the Endangered Species Act and as a result, Giant Pandas could not be imported into the United States for commercial purposes. In 2016  the International Union for Conservation of Nature announced that pandas have been upgraded from endangered to vulnerable. Since then, a combination of forest protection, reforestation, and strict laws against the killing of pandas allowed the panda population to recover.

The Crystal council has chosen to support Pandas International for our January charity.

This organization provides public awareness, education, support for research, habitat preservation and enhancement, and assistance to the Giant Panda Centers in China. They provide food, shelter and safe migration corridors for the Giant Panda.

What would be the most fitting crystal for this amazing creature….Snowflake Obsidian of course, also referred to as “Stone of The Self” . It gets its appearance from natural volcanic glass containing the mineral Cristobalite in the form of white "snowflake" crystal patterns.

It is a very powerful grounding and protection stone and helps to cleanse negative energy. It is also a very effective tool of revelation. As the deep calm of snowflake obsidian centers you, it draws your thoughts and feelings to the surface so you can rationally examine them and discover more positive motivations. 100% of all proceeds from this stone will go towards Pandas International. Lets set an intention together, and make a difference today and help a Giant Panda. 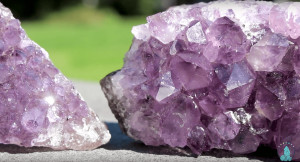 Amethyst - Expand your awareness and understand your dreams!

Candle Color Meanings - What Each Candle Can Do For You 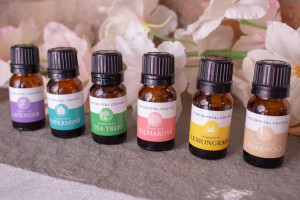 The History of Essential Oils

A Super Moon on the Spring Equinox, what crystals should you carry? 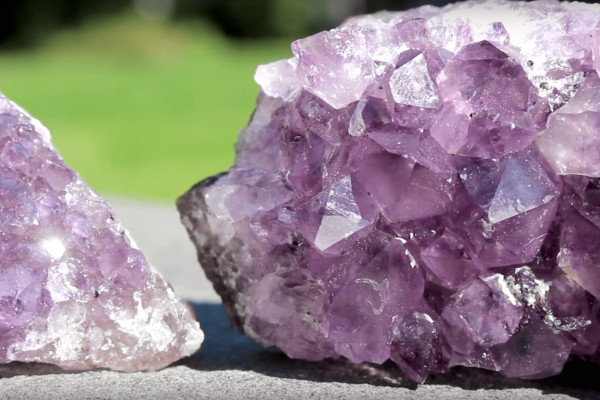 Amethyst - Expand your awareness and understand your dreams!

This weeks Crystal Breakdown is all about Amethyst, a stone known for psychic awakening and protection. Amesthyst is the perfect stone for those looking to break free from addictions an take spiritual... 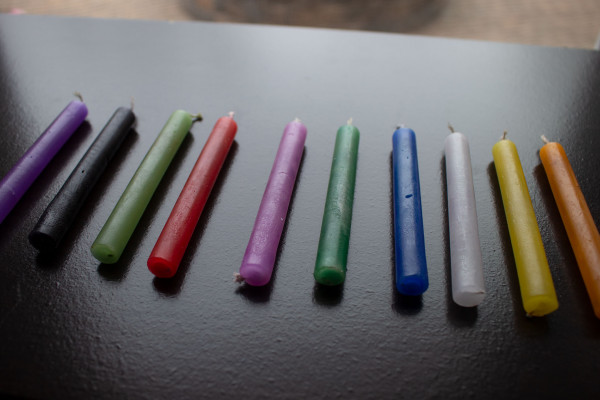 Candle Color Meanings - What Each Candle Can Do For You

Candles have been used for thousands of years, spanning multiple civilizations from all different parts of the world. They have been used in rituals, prayer, life, death, and everything in between. Ea...

The History of Essential Oils

The history of essential oils is directly intertwined with herbalism and herbal medicine. Ancient cultures viewed certain plants and trees as being truly &ldquo;magical&rdquo; and have said to have pr...