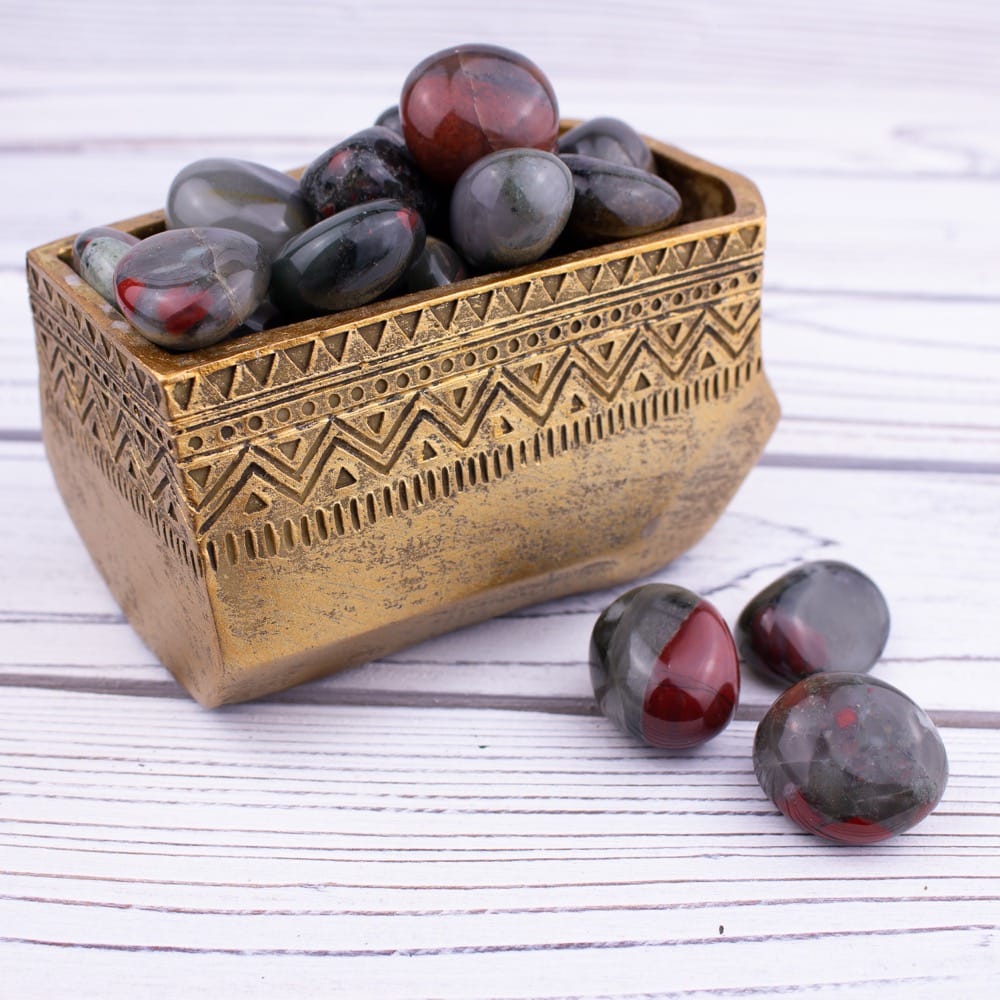 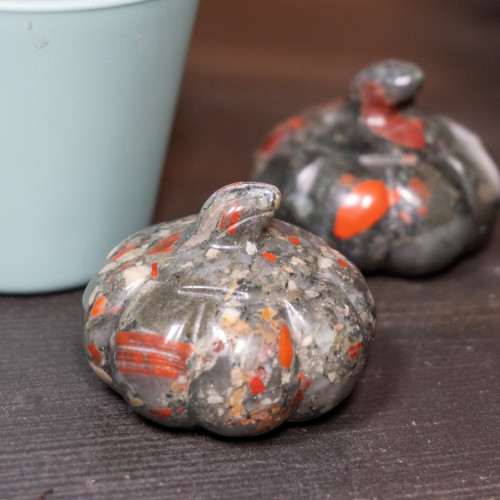 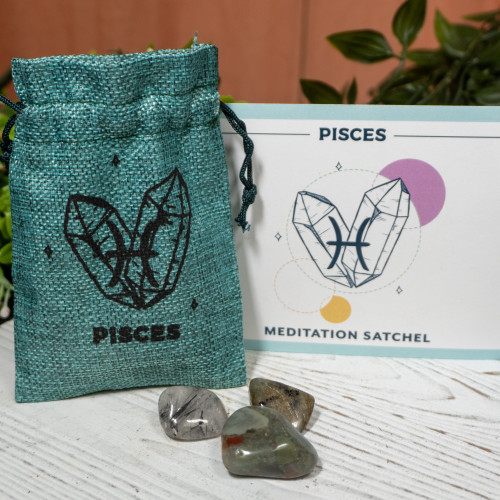 Bloodstone, also known as Heliotrope or Piedra Del Sol, is an opaque cryptocrystalline Quartz and member of the Chalcedony family. The green color found within this stone is caused by tiny inclusions of Chlorite and Pyroxene, while the red is small concentrated areas of iron oxide minerals, most commonly Hematite. The word Heliotrope derives from the Greek word meaning “to turn the sun”. In today’s age, the most abundant deposits of Bloodstone are found in India, China, Madagascar, Brazil, Australia, and the United States.

Bloodstone has been revered through different cultures and history. The red spots were said to be a representation of Christ’s blood and thus used as an amulet for Christianity. It was often used to check for blood hemorrhages. It is said that the famous Italian painter Giorgio Vasari was afflicted by a violent hemorrhage and a piece of bloodstone was placed between his shoulder blades to stop the ailment. When this stone is placed into water it will add a reddish hue that will be intensified when the sun’s rays hit it. Ancient cultures believed that it was able to turn the sun itself, blood red. 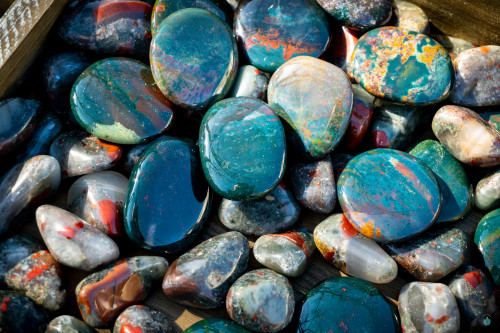 The Leyden Papyrus, written in Greek at the end of the 3rd century A.D. states that Bloodstone will give the wearer whatever he may ask for and “whatever thou wearer says, he will be believed. Whoever bears this stone, which is a gem, and pronounces the name engraved upon it, will find all doors open, while bonds and stone walls will rent asunder”. - Kropatchek, 1907

Bloodstone activates our inner strength, willpower, and courage that has been masked by fear. This crystal is a purifier of our negative energies and aids to convert these thoughts and feelings into positive ones. Bloodstone helps break the mold of our endless monotonous cycles by helping us aspirate to who we truly want to be. This crystal is a reminder that the only judge of our thoughts and actions should be no one other than ourselves. The direction you choose to go in this life will only be decided by you. Heliotrope provides us with the necessary confidence and fortitude to move past hard times and see the growth ahead.

Bloodstone is a thought-provoking amulet that aids in the process of manifesting our subconscious ideas into reality. These thoughts and emotions have been vastly hidden from the open-world due to their true power and our own insecurities. Trusting in our intuition and allowing it to be channeled through experiences and moments will only lead us onto the path of revolution. 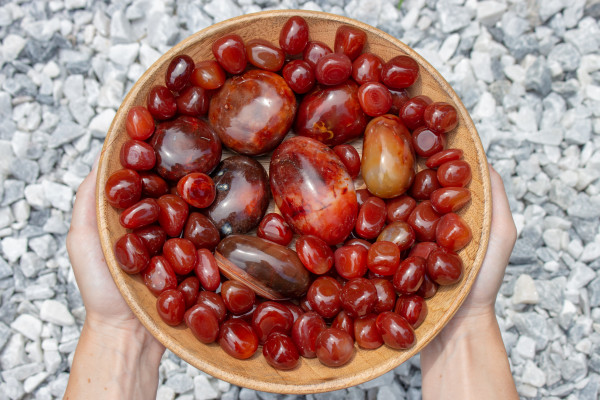 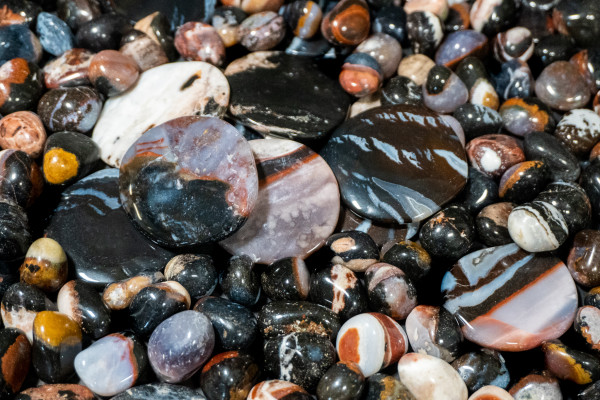 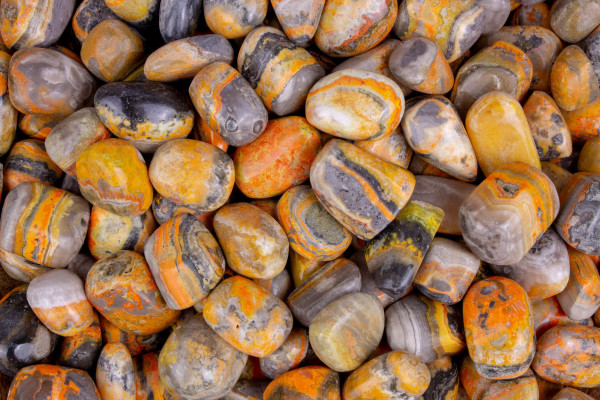 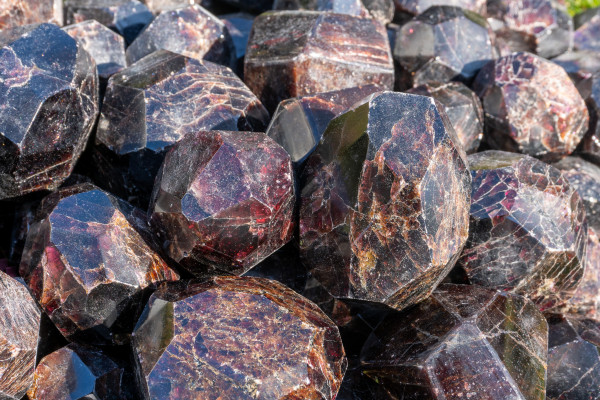 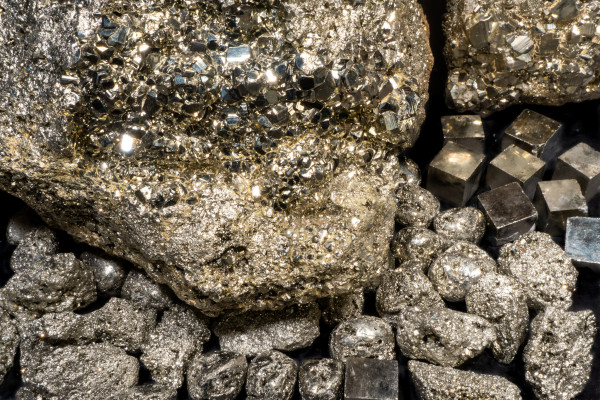 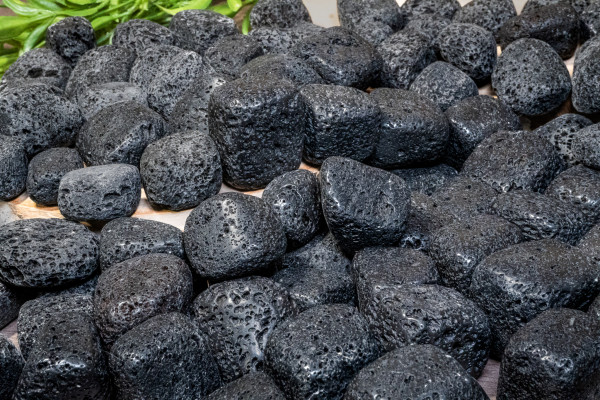