Each month we choose a charity close to our hearts. (period) We then donate 100% of the proceeds from the sale of a specific crystal to that cause.

Do You Have an Organization That Is Close To Your Heart?

We're always open to suggestions for charities and would love to feature ones that are important to you.

Here you will find the monthly charities that we at the Crystal Council have chosen to bring awareness to. Each cause is close to our heart and we welcome any suggestions from our supporters about causes that are meaningful to them. 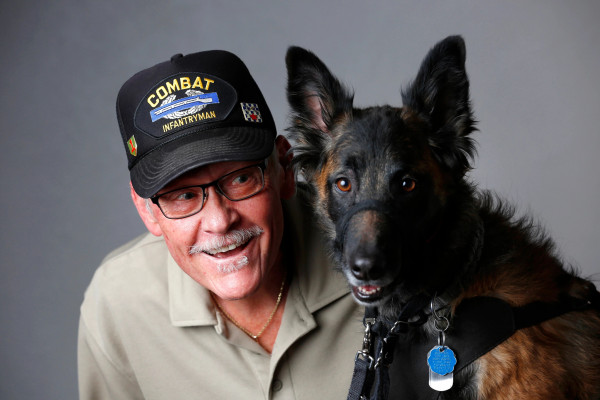 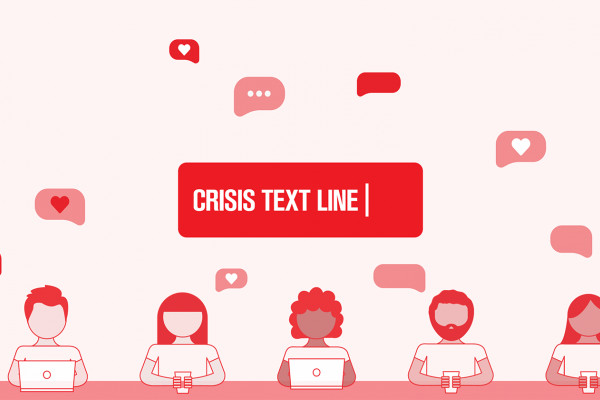 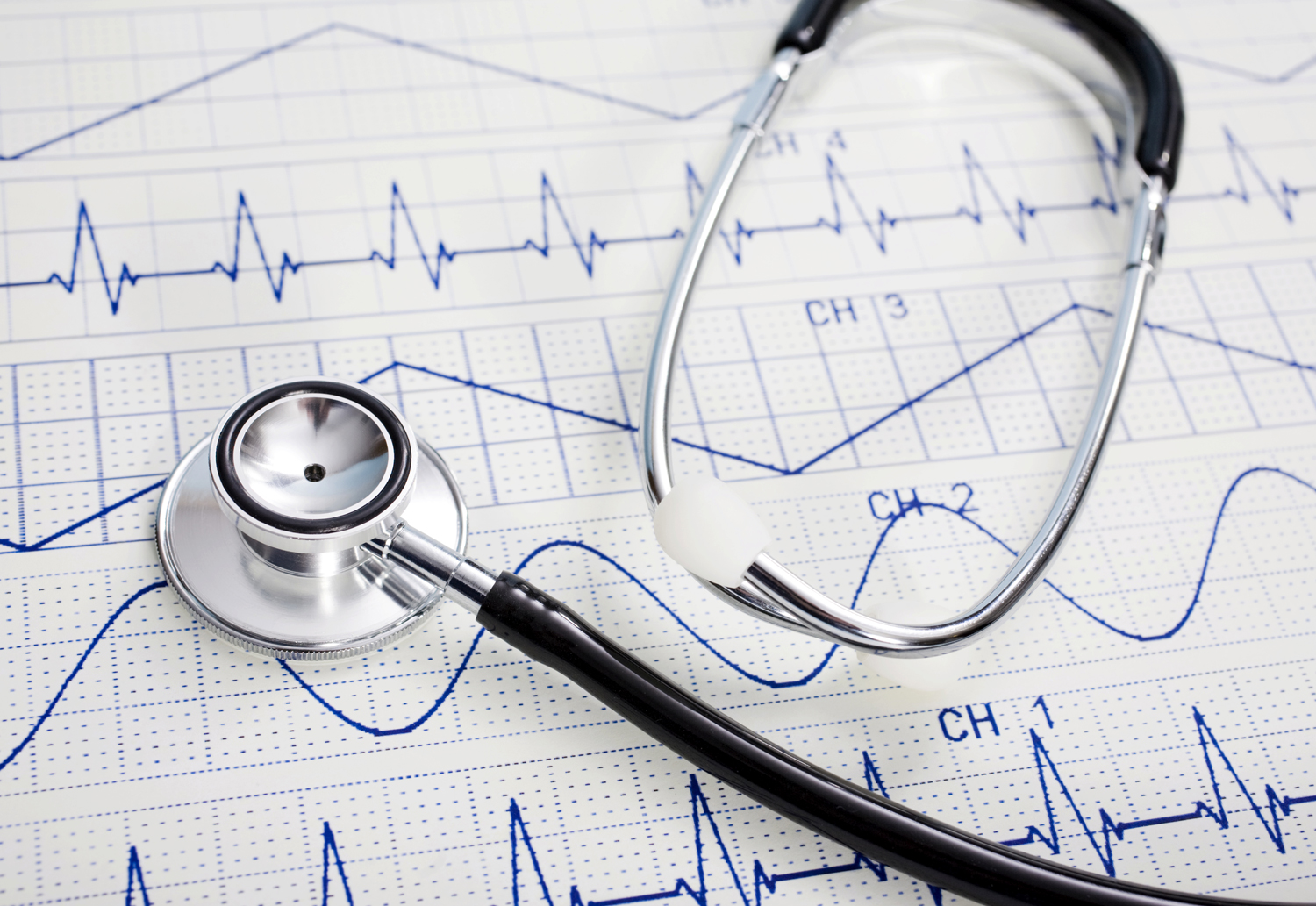 The Pulmonary Hypertension Association’s goal is to extend and improve the lives of those living with pulmonary hypertension, a condition of increased blood pressure within the arteries of the lungs. 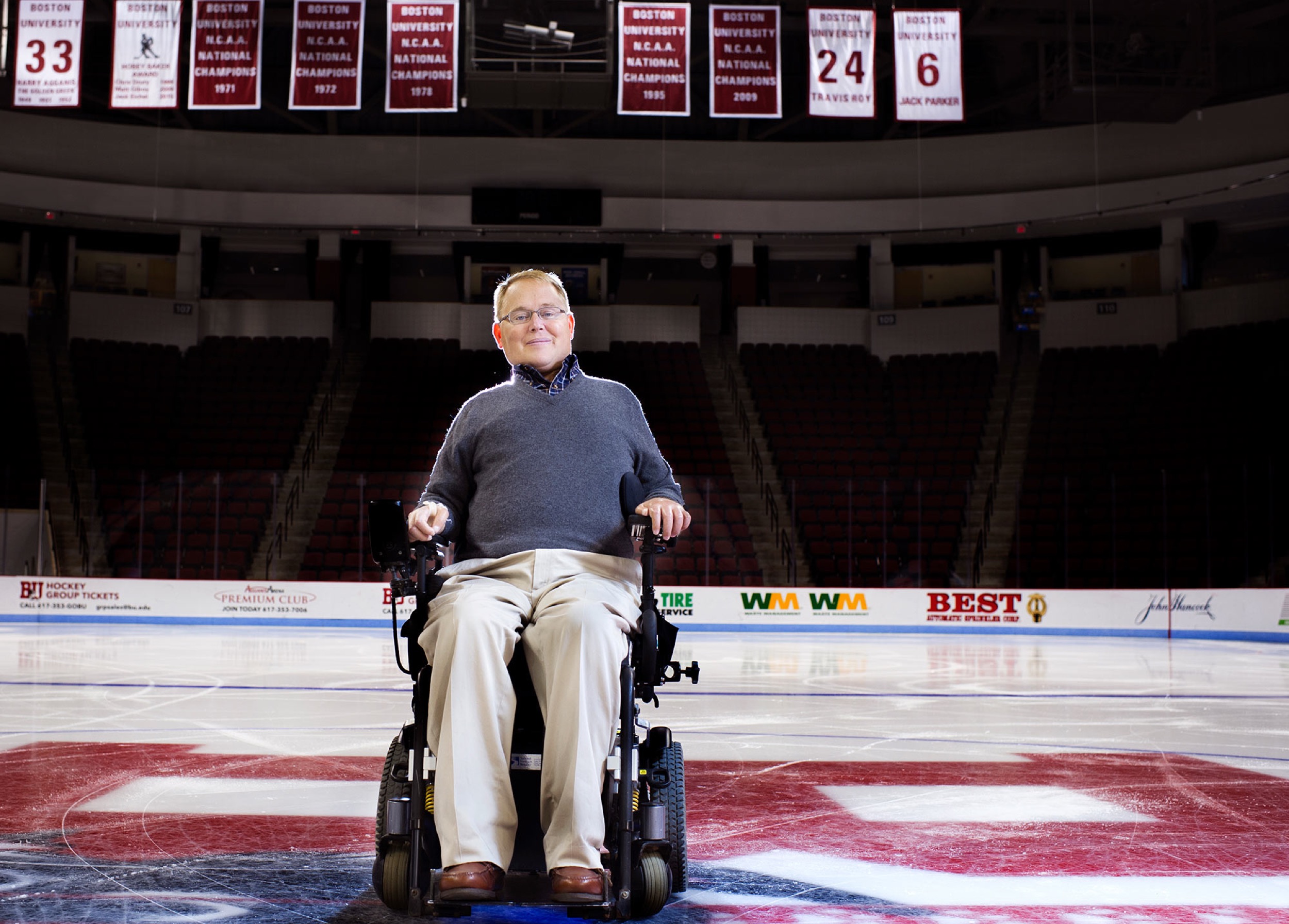 A talented hockey player, Travis Roy was paralyzed after his first shift at an NCAA game, resulting in the devastating halt of his sports career. Throughout his healing journey, Travis’s courage and determination to live fully radiated outward into the community. With tenacity a team-based mentality, Roy decided he wanted to assist other spinal cord injury survivors who had less available resources. 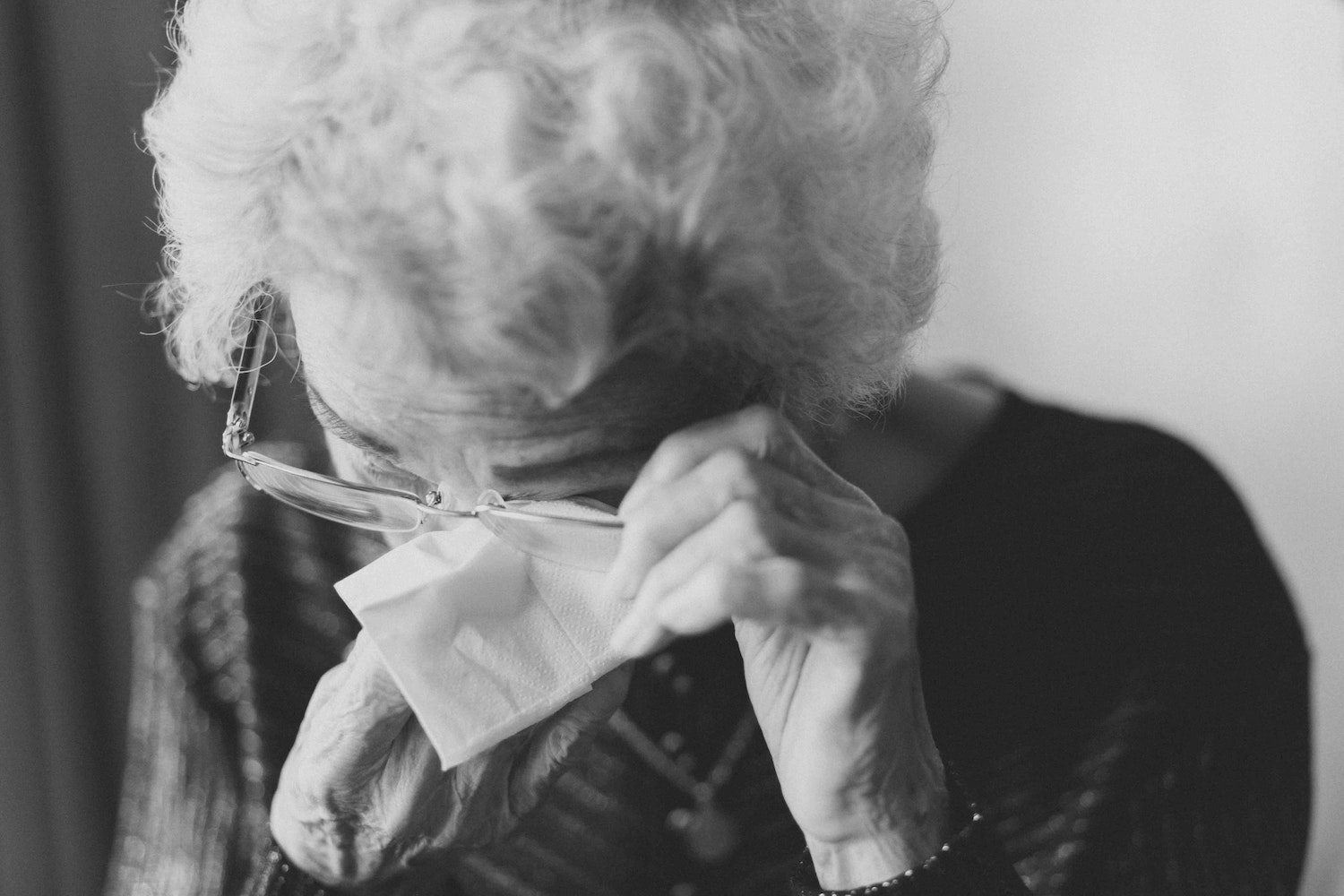 This foundation brings awareness to Lewy Body Dementia. Lewy bodies are proteins deposited in the brain associated with the death of brain cells. It is very similar to what occurs in Parkinson’s disease but the proteins are in different parts of the brain. 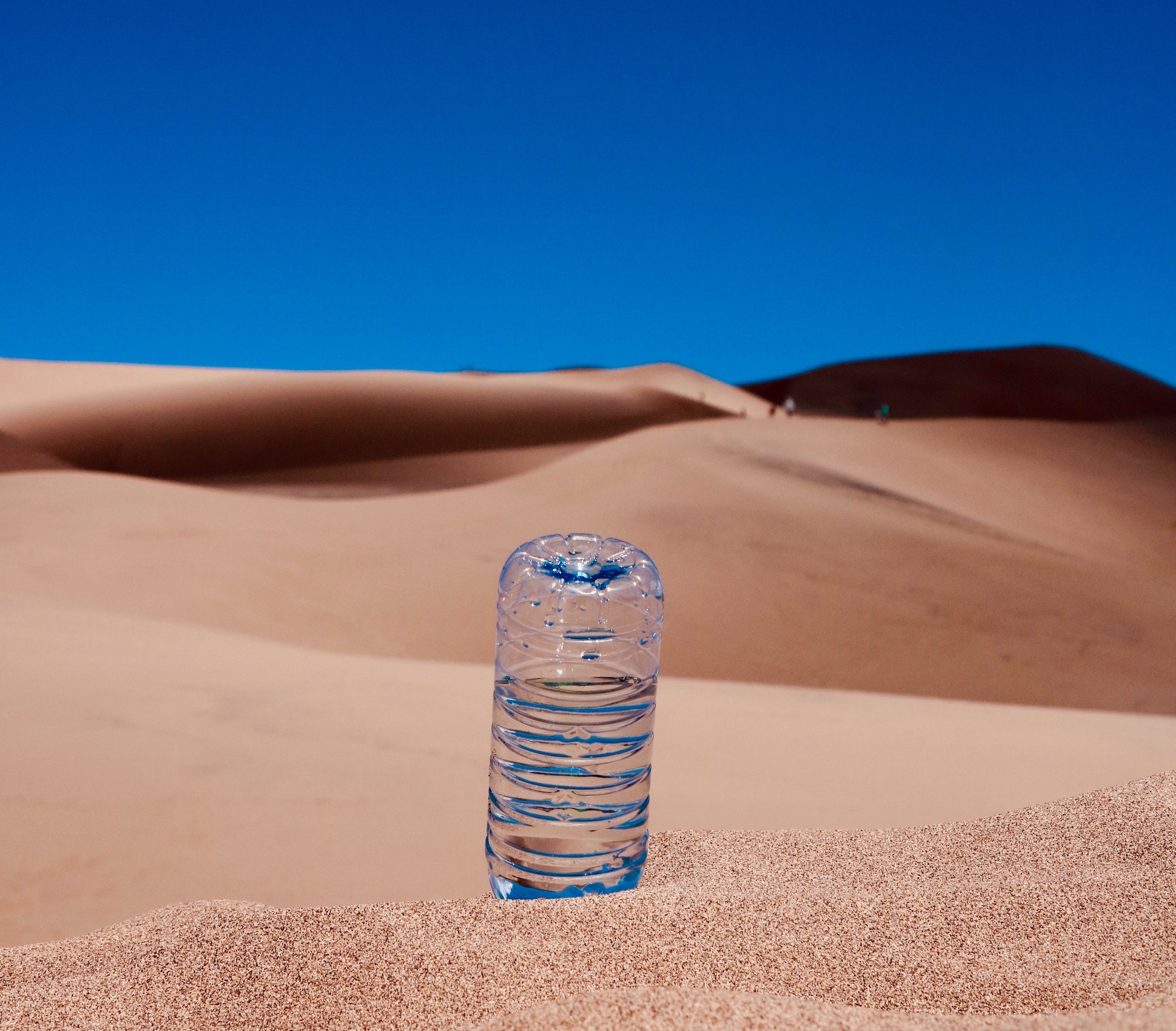 This nonprofit organization began in 2009 and focuses on bringing safe water and sanitation to those in impoverished areas. Through their initiatives of small affordable loans, families can purchase long-term safe water and sanitization solutions within their community. WATER.ORG has provided 33 million people in 13 countries and 4 continents with safe water and toilet facilities. 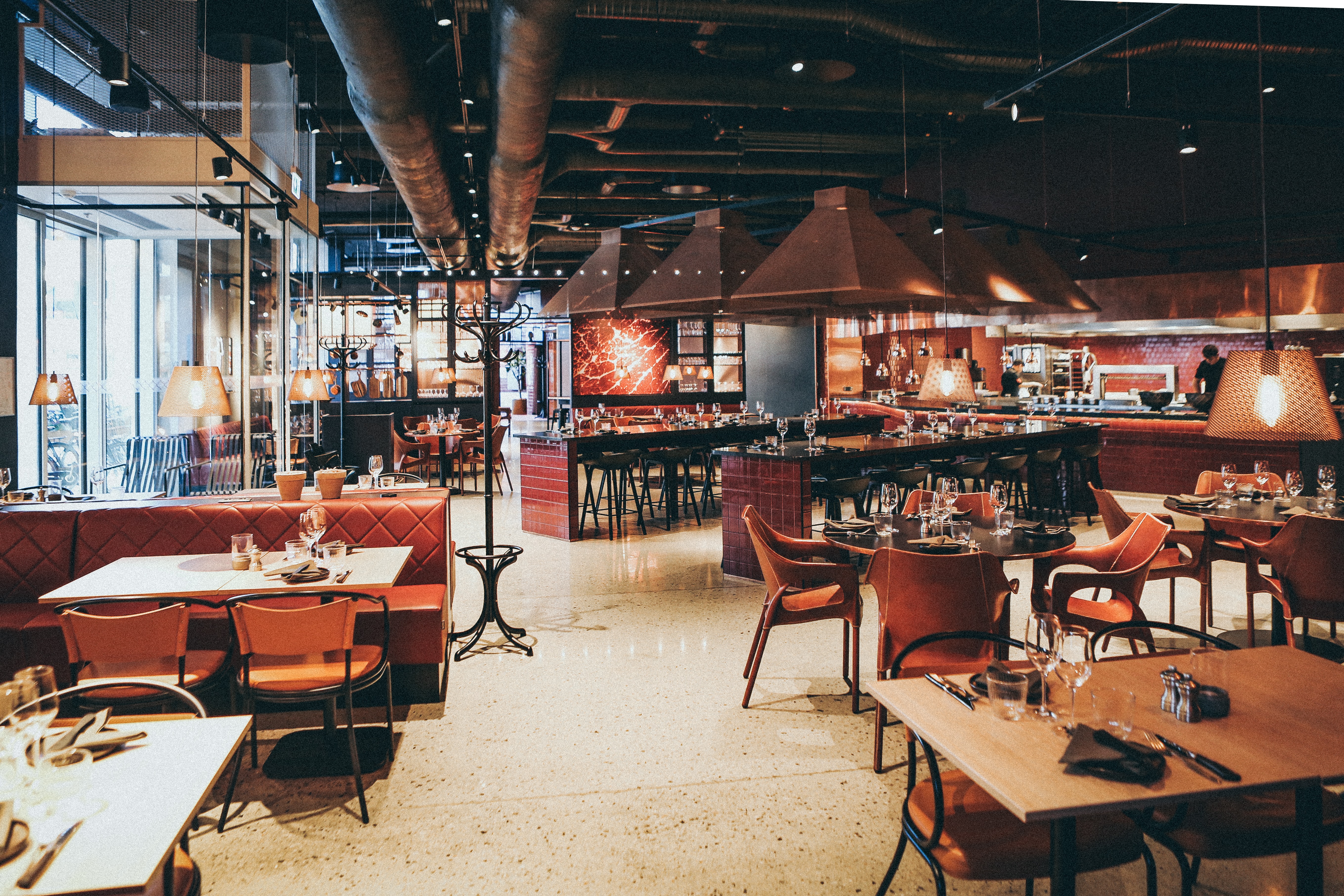 The Restaurant Strong Fund is a restaurant employee grant program from The Greg Hill Foundation and created in partnership with Sam Adams. 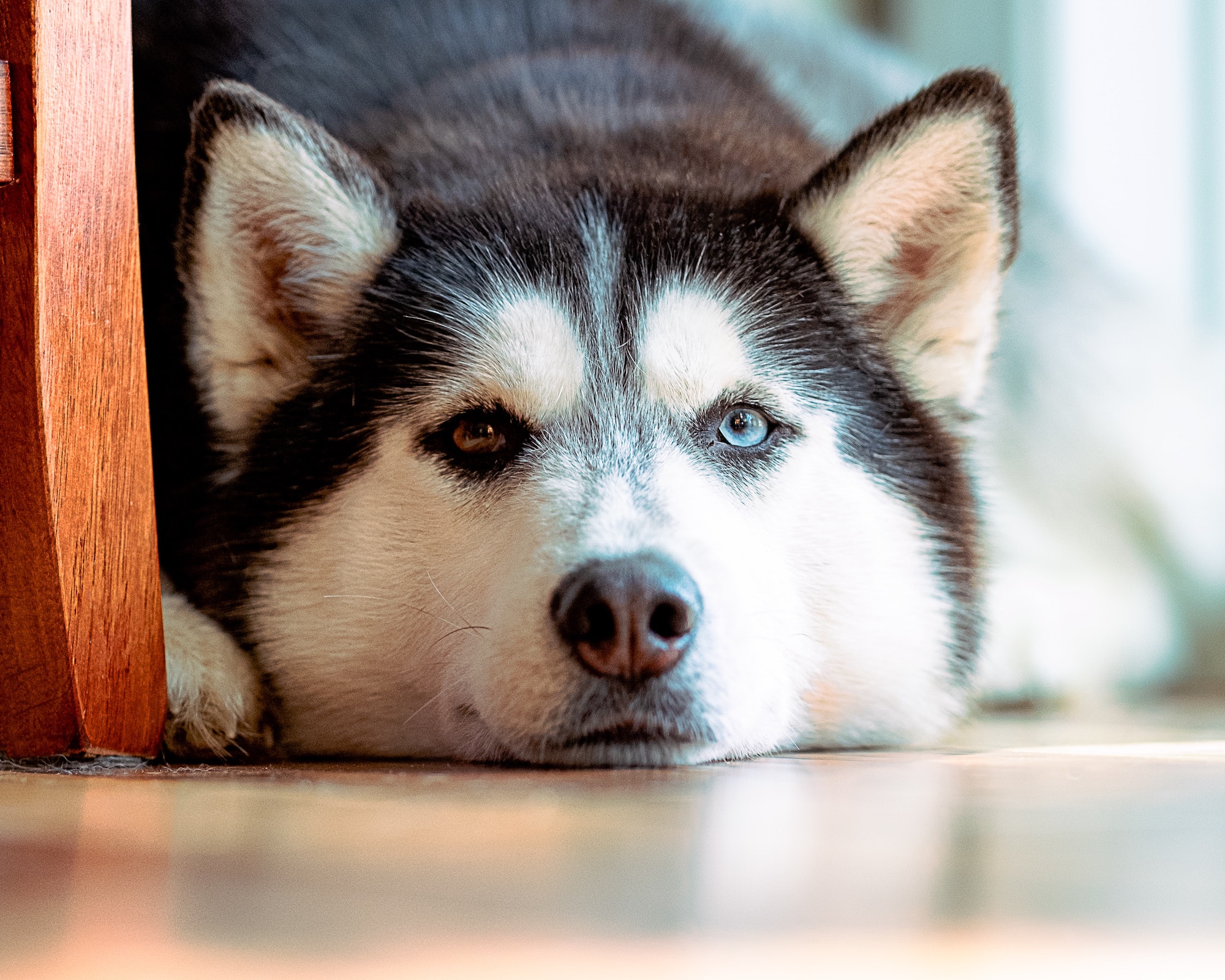 Louie’s Legacy Animal Rescue is one of the nation’s largest foster-based animal rescue organizations. Its inception started in 2006 with a special little Basset Hound named Louis and his owner who rescued him from a shelter with a 99% euthanization rate. 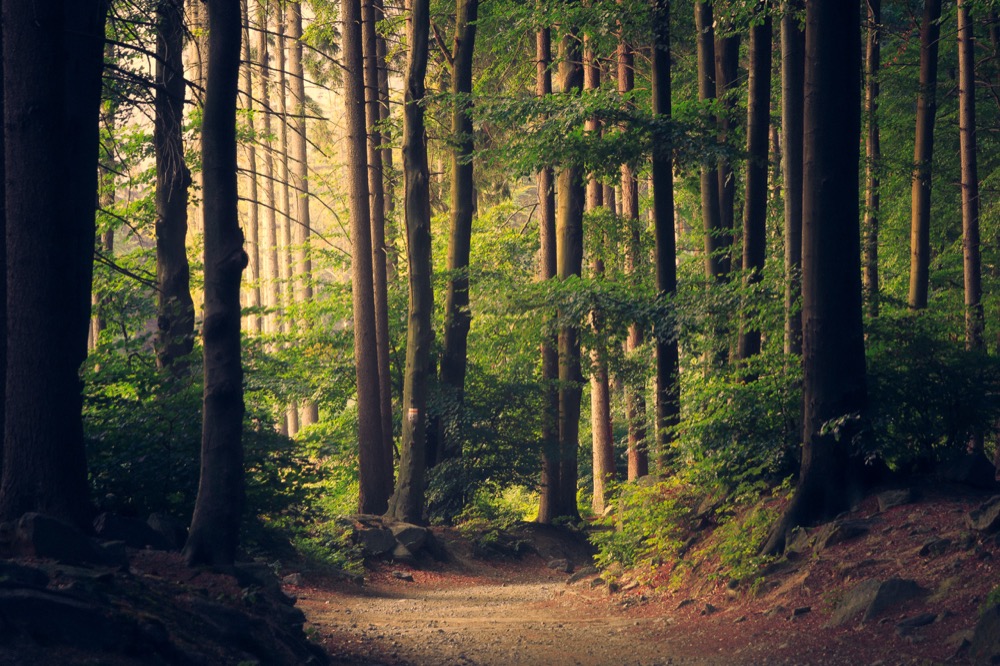 This organization developed out of a scholarly organization that was founded in 1915 called the Ecological Society of America that focused on conservation and preservation of natural areas. 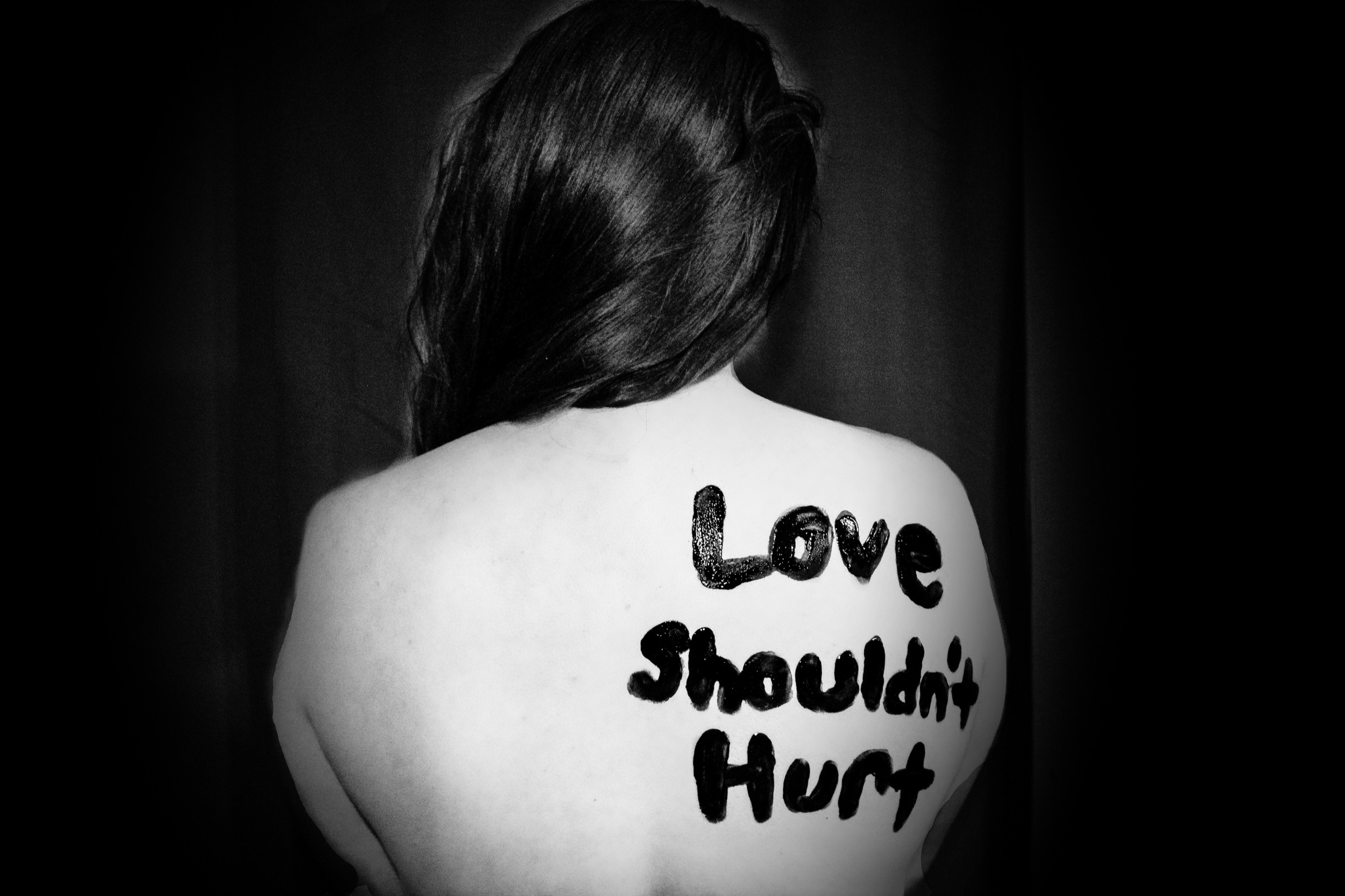 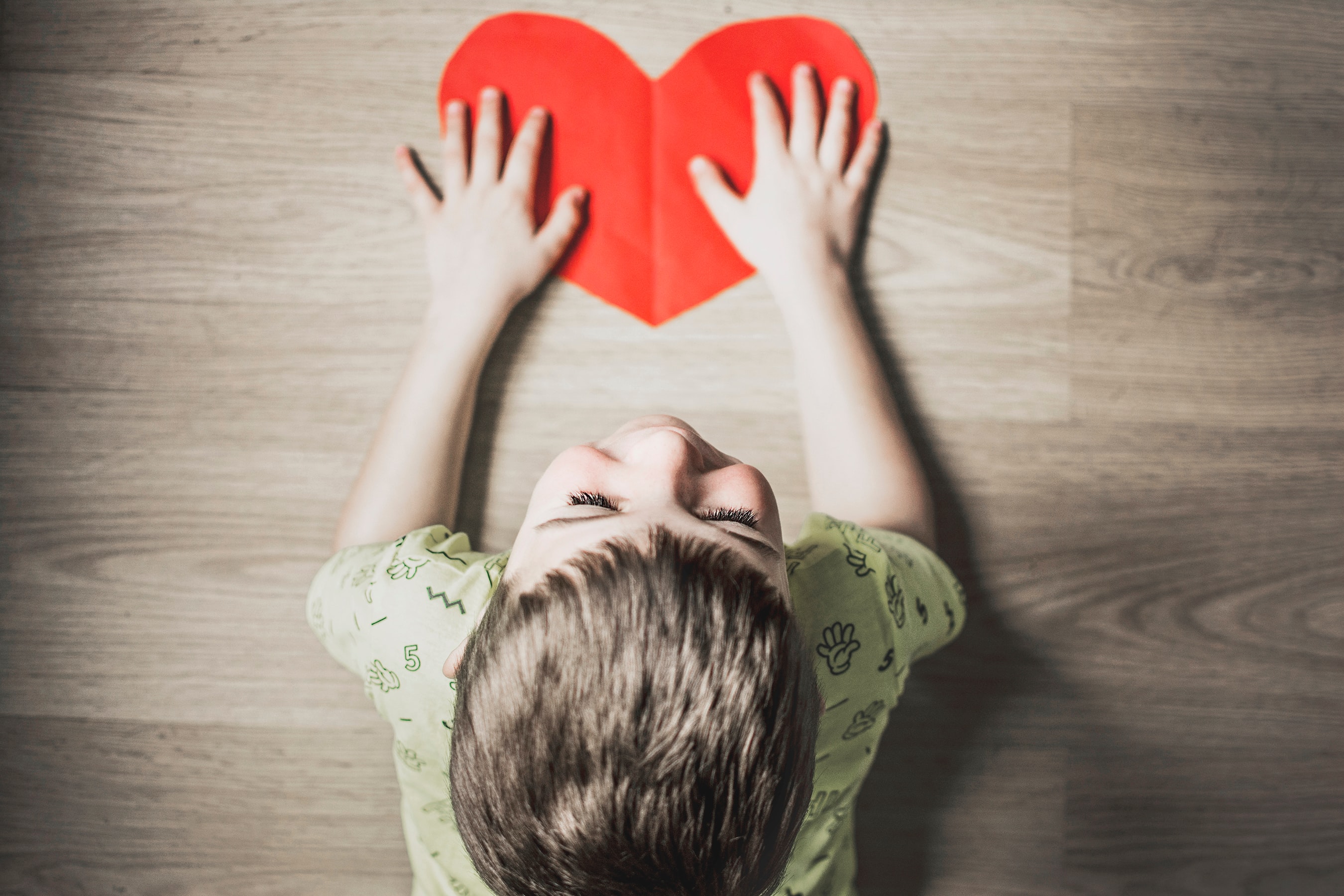 Popcorn for the People 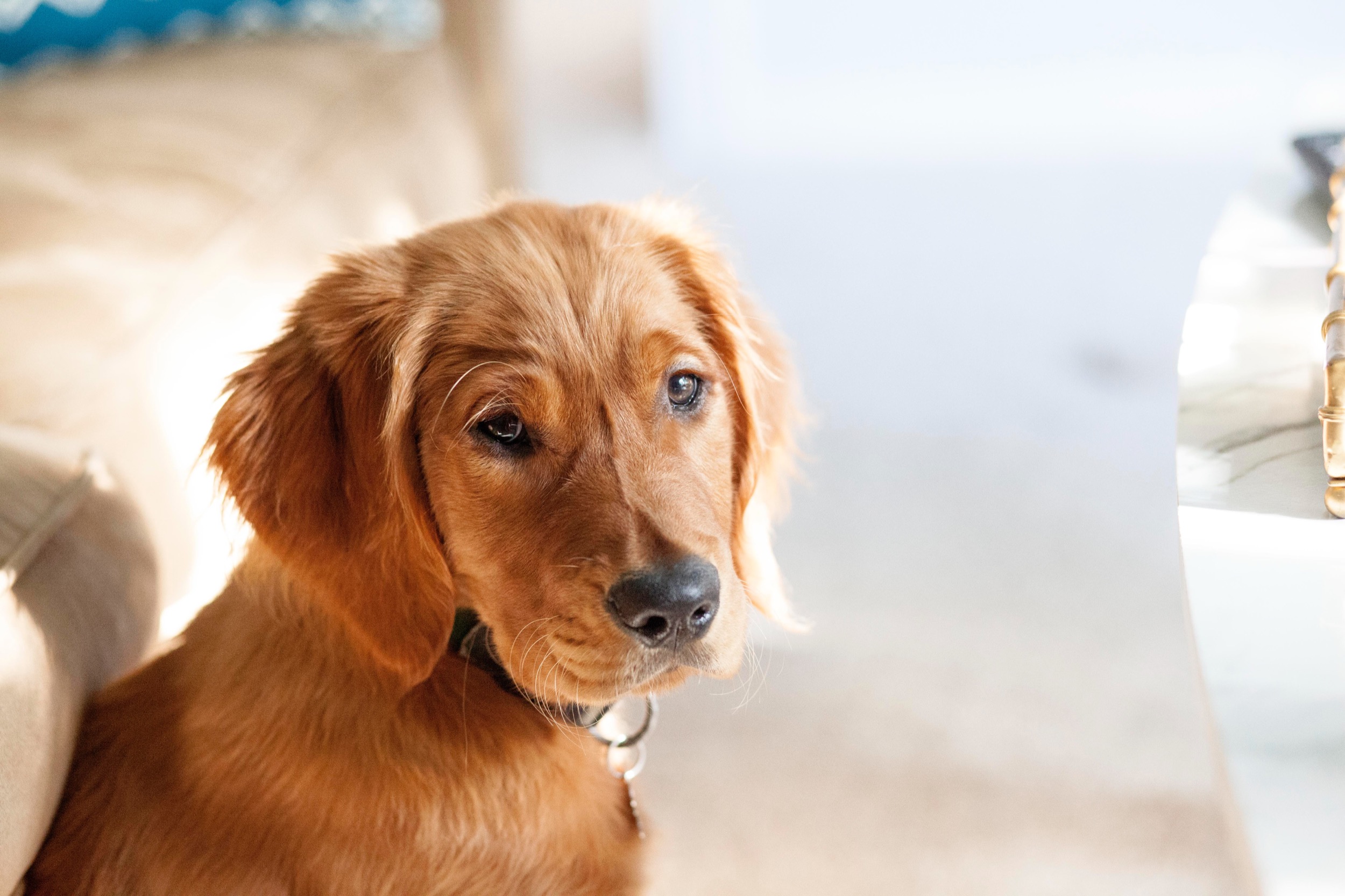 North Star Foundation is a nonprofit organization that started in 2000 and is dedicated to helping children who face social and emotional challenges. These challenges stem from developmental differences such as Autism, Down Syndrome, and Epilepsy. 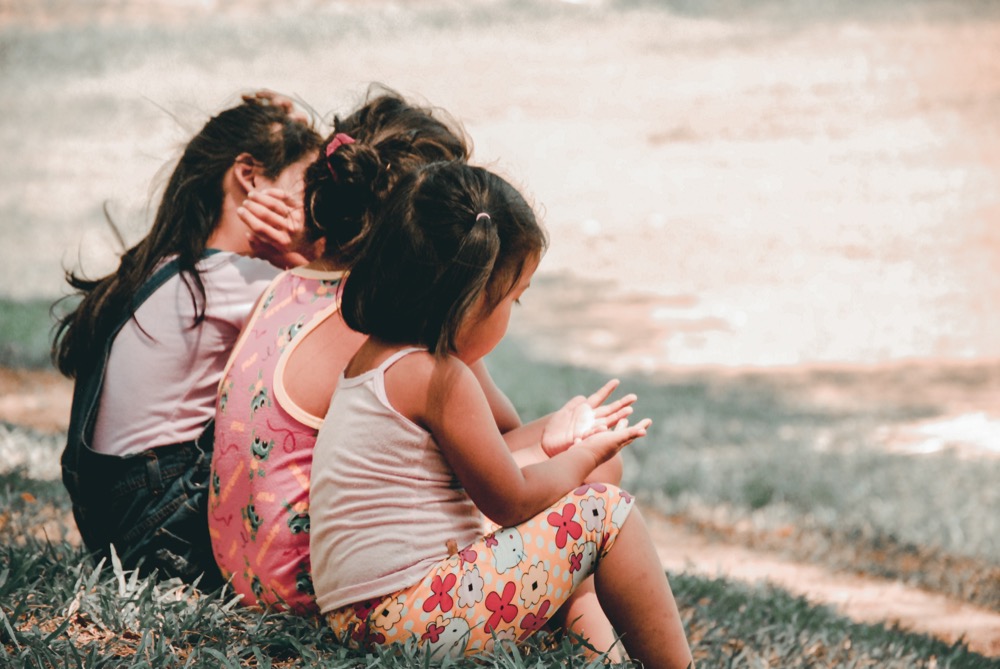 Their mission is to help children and families grieving a death, to find a connection and healing with their grieving, not leaving any child alone with their grief. They provide counseling, education, coping and caregiver skills, and peer support. The organization is based in the Metro Denver area and since 2002 has supported 11,000 youth 3-25 years of age. The model that they have developed is replicated in communities across the country. 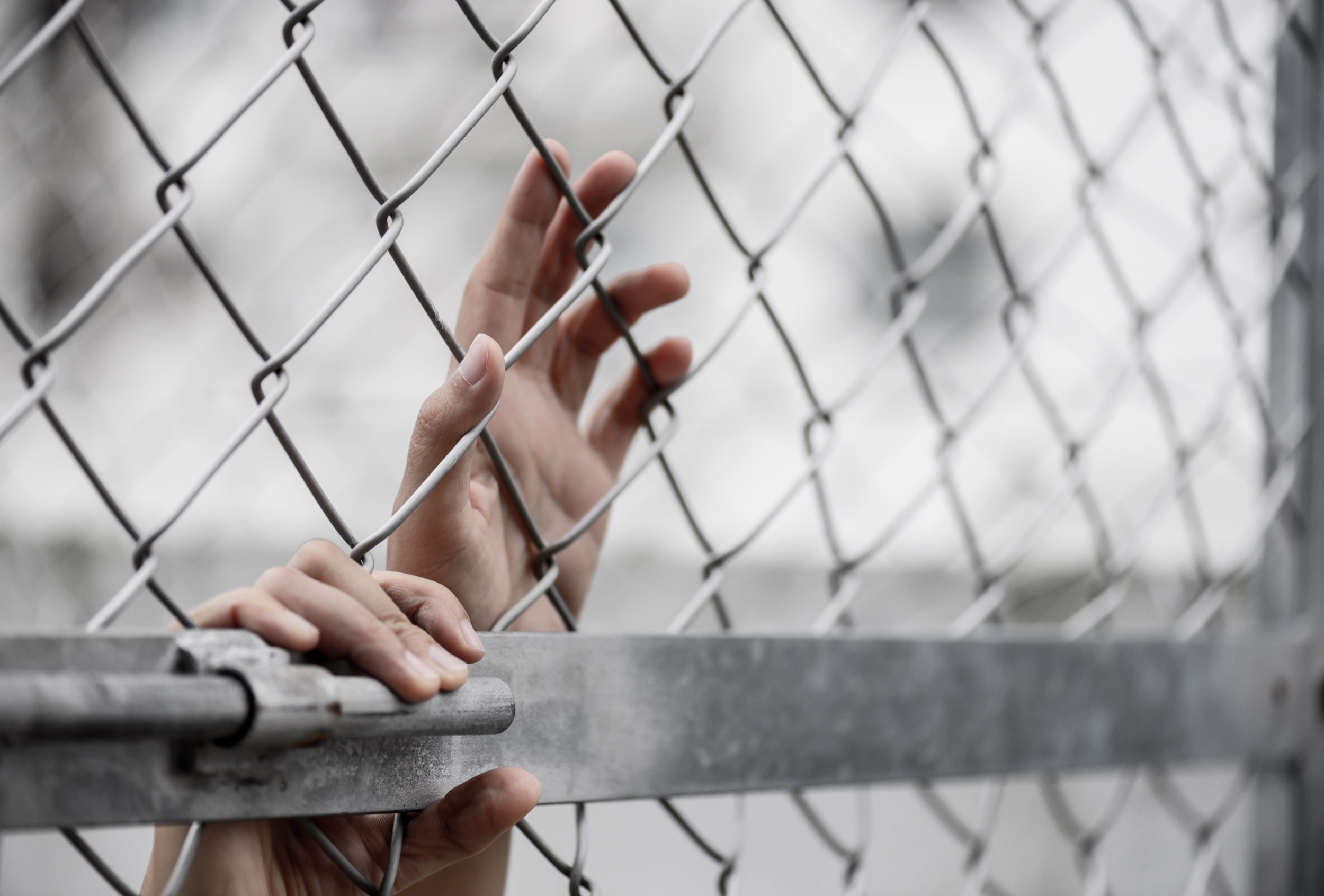 Through the effort of former CIA, Navy Seal, Special Ops teams, and local law enforcement throughout the world they identify child sex rings and rescue innocent children from slavery and sex trafficking. O.U.R.’s provides recovery and rehabilitation for the children immediately after rescue through local aftercare centers that they vet. They also work with law enforcement around the world in education for child exploitation and managing internet investigations. 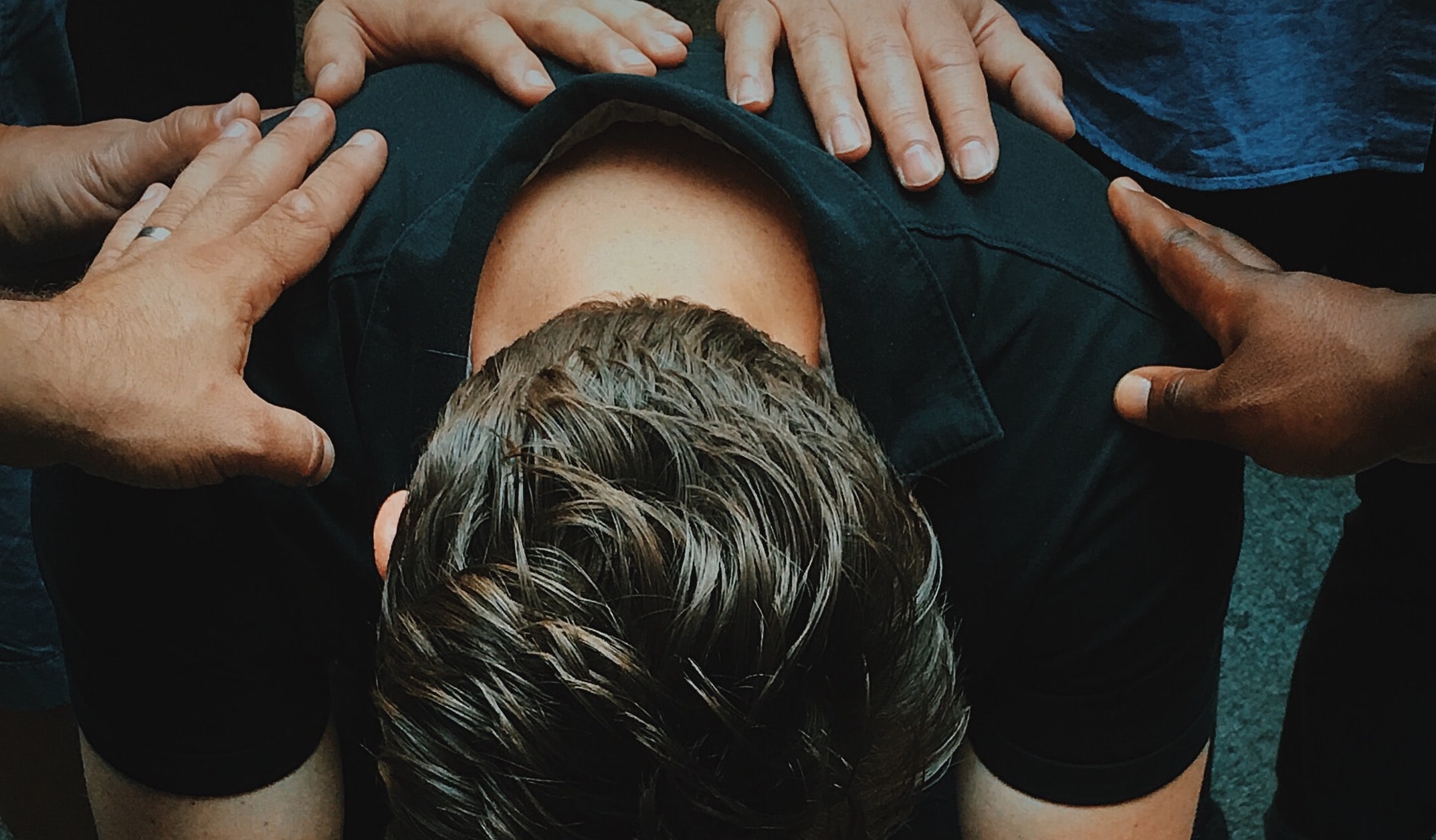 To Write Love On Her Arms

To Write Love On Her Arms (TWLOHA) is a nonprofit organization that was founded in March 2006 by Jamie Tworkowski and became an official nonprofit in 2007. He wrote about the 5 days he spent with a friend that was waiting to enter a treatment facility that struggled with addiction, depression, self-injury, and attempted suicide. From that experience, a movement had begun. TWLOHA’s mission is to give hope and find help for those struggling from addiction, depression, self-injury, and attempted suicide. It invests directly into treatment and recovery and exists to encourage, inform, and inspire. 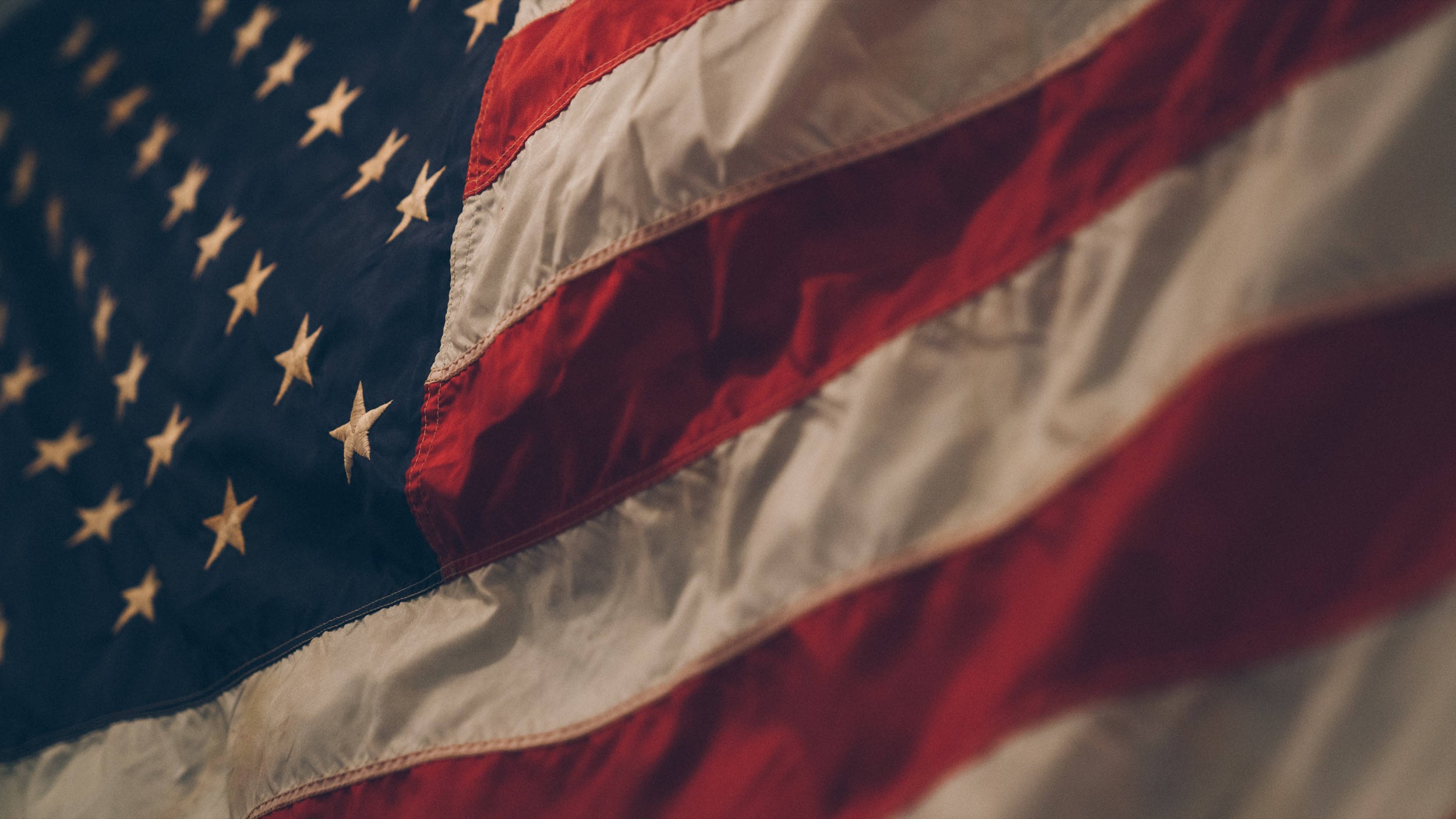 This foundation is a non-profit organization that supports militarily service members, veterans, and first responders across the country through a variety of programs. One of these programs is R.I.S.E-Restoring Independence Supporting Empowerment. This program helps to build/restore homes for wounded veterans, each home being mortgage-free and fully customized. Most recently the foundation provided face shields and hand sanitizers to front line workers during COVID 19. 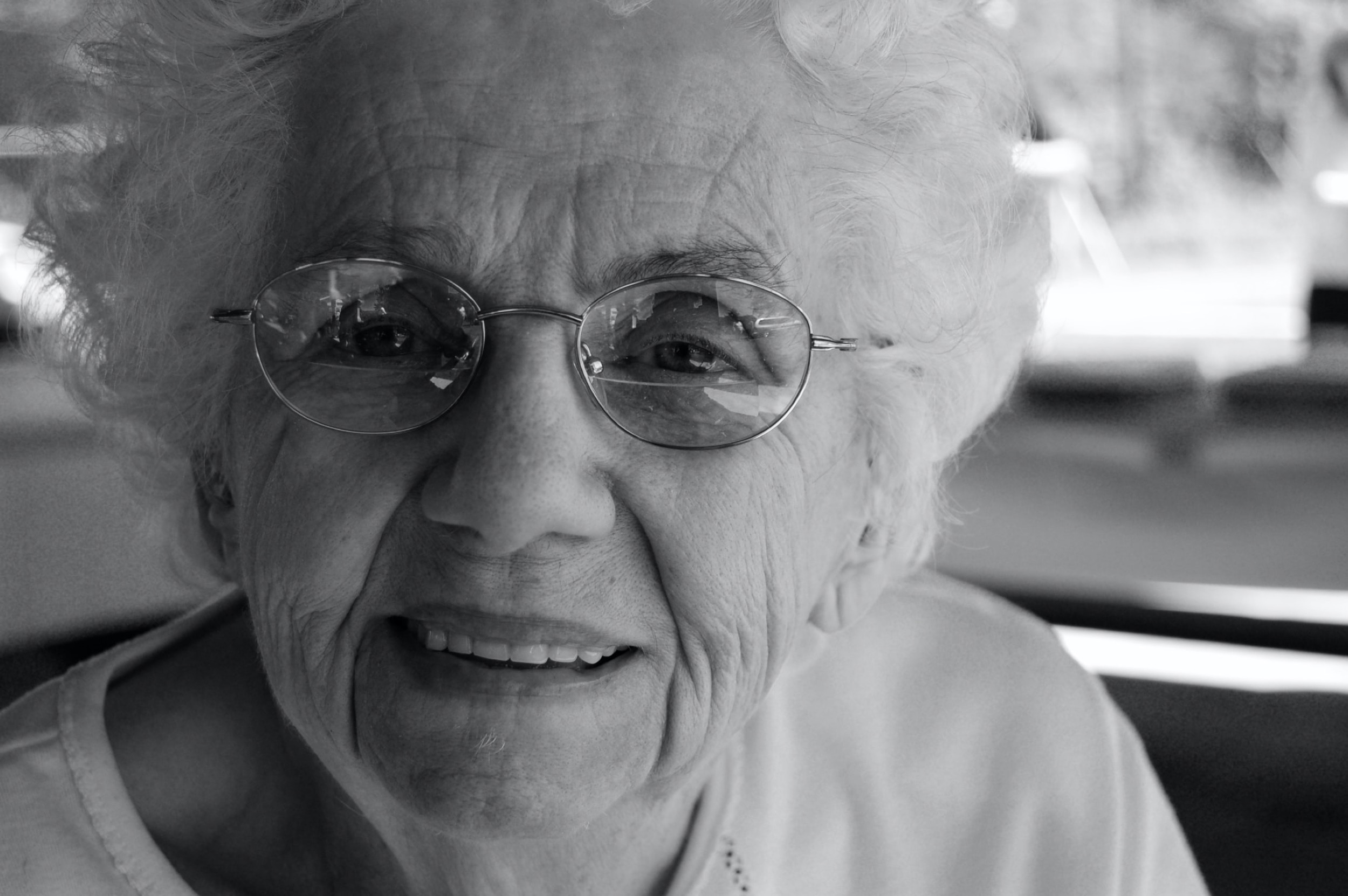 This organization helps keep seniors nourished in communities across the country. They are a vital organization especially during this time as our seniors are a high-risk population, are not driving and some depend on outside sources only for their daily meals. Since the Covid 19 pandemic, there are thousands of seniors who have been added to this program and the numbers will continue to rise. 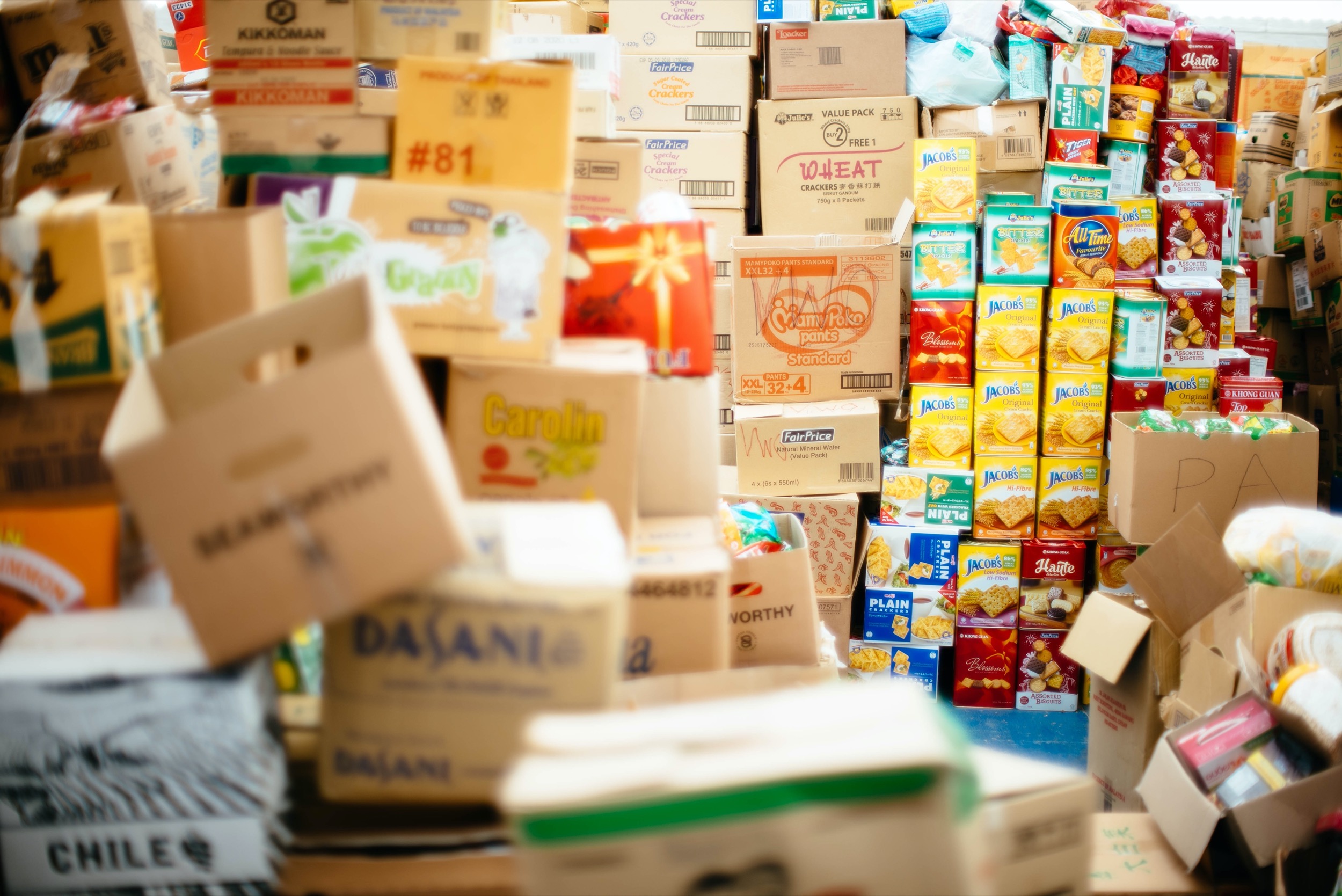 This month's charity will be to support local food banks across the nation. 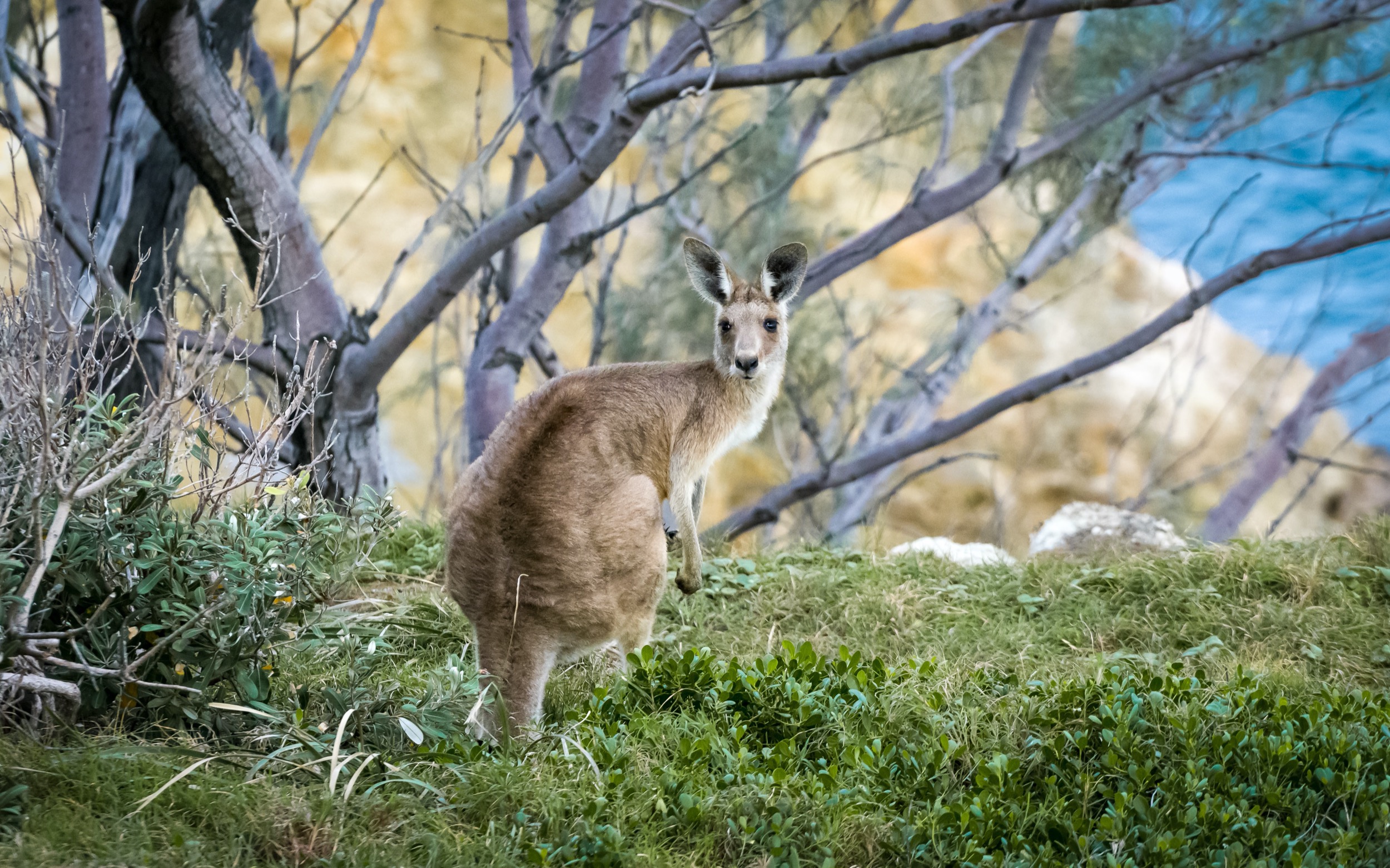 Hanson Bay is a 5,000-acre wildlife conservancy. The animals there must be able to survive on their own, in the wild, having a population of Koalas, Tammar Wallabies, Kangaroos, Bats Echidnas, and Bush-Stone-Curlews. Fire consumed many of their buildings, including the Visitors Centre, the staff accommodation, volunteers/backpackers quarters, the koala walk, wallaby walk and much of the grassland. Over 700 native animals were buried at Hanson Bay and severely injured animals were taken to veterinary triage or were humanely euthanized in the days immediately following the fire. 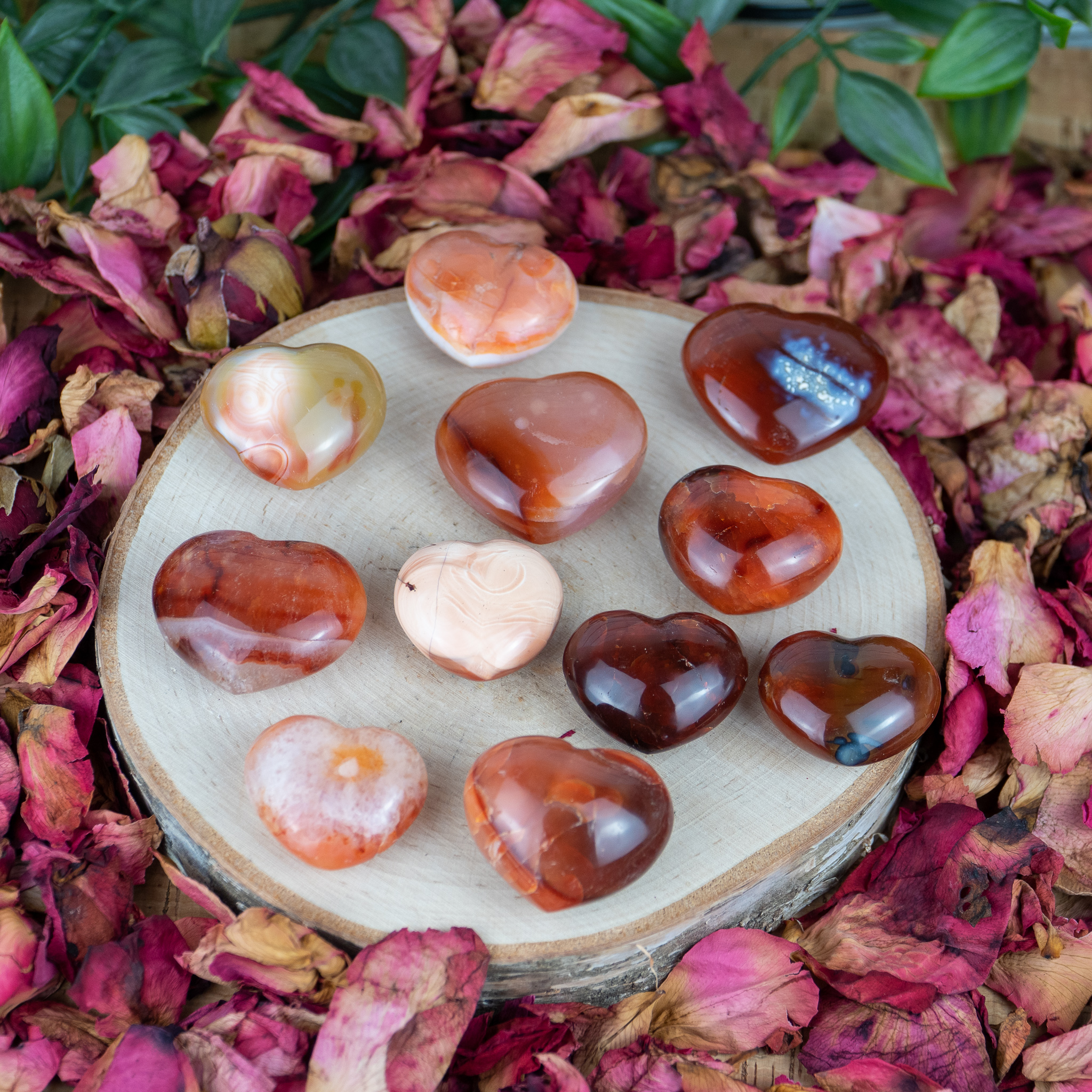 The mission of this foundation is to provide health and wellness opportunities to children and young adults who have developmental disabilities, going through medical treatments, or who are survivors and need assistance in gaining their strength and confidence. 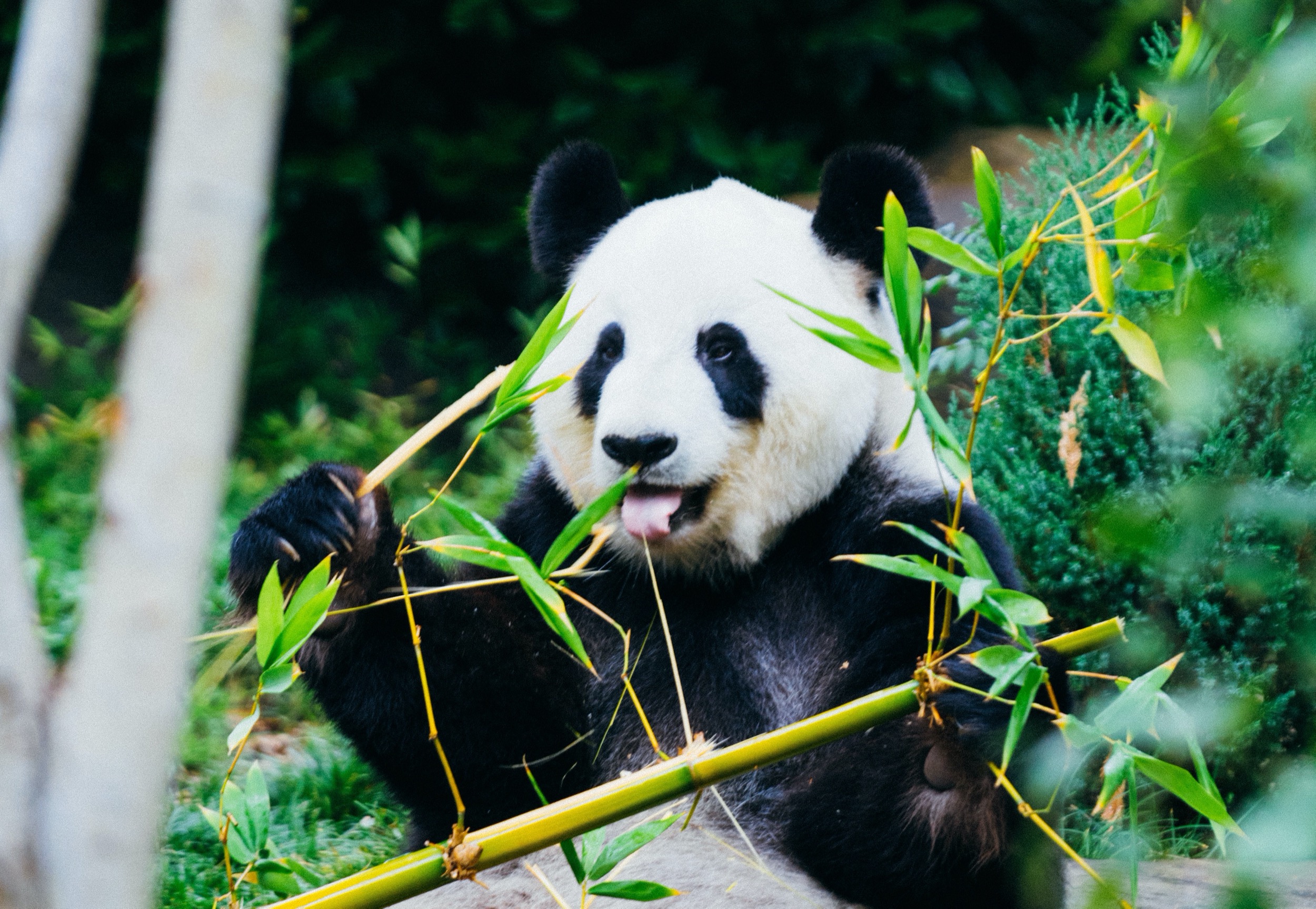 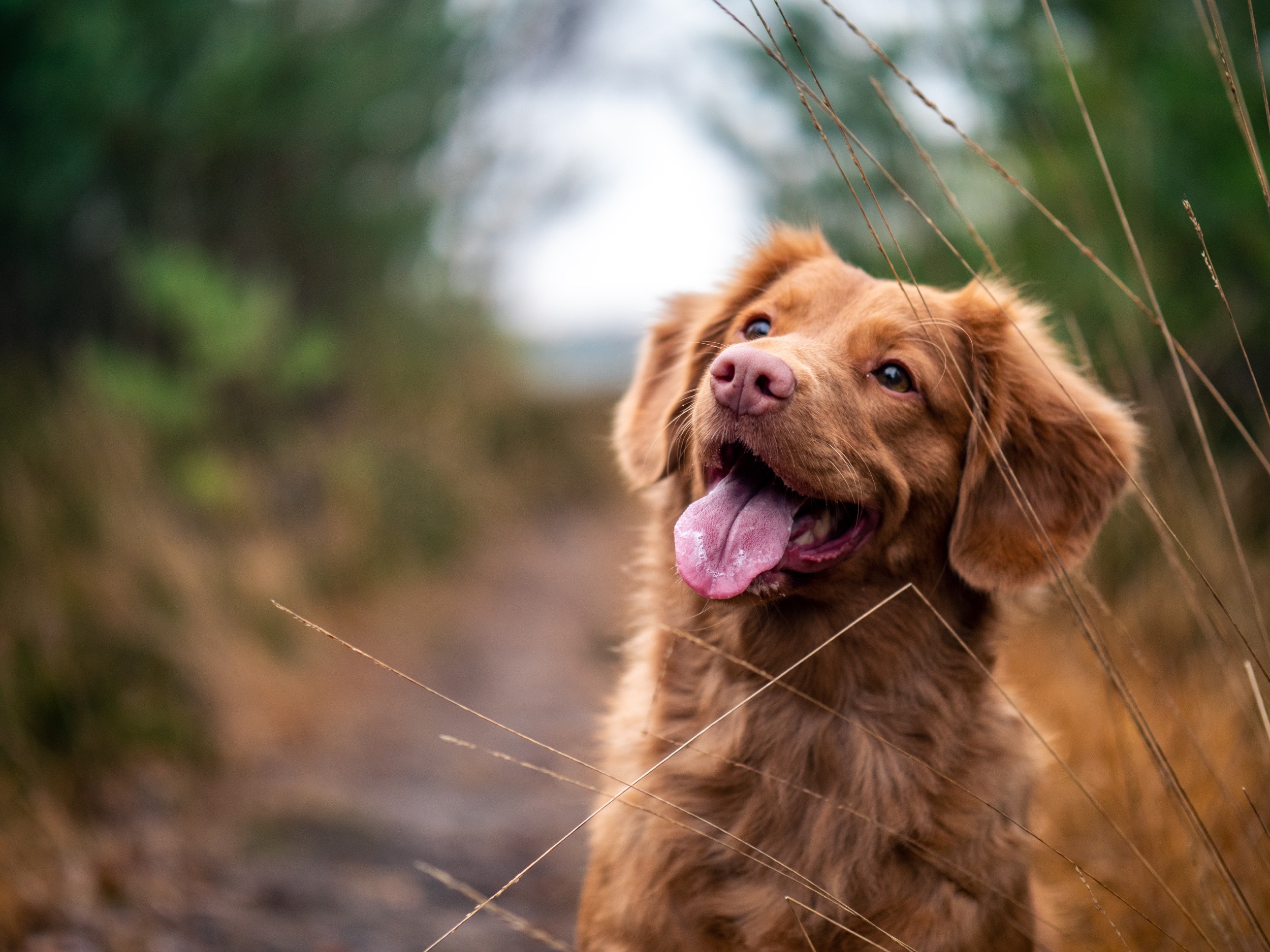 Imagine a place where old dogs, sick dogs, abused dogs, abandoned dogs, and unwanted dogs all came together, to rest, to live, to play and snuggle. Always & Furever have 100 dogs in their care between being fostered and the barn, and to date 475 dogs, 20 cats and countless humans have come together to make The Little Red Barn a loving home. 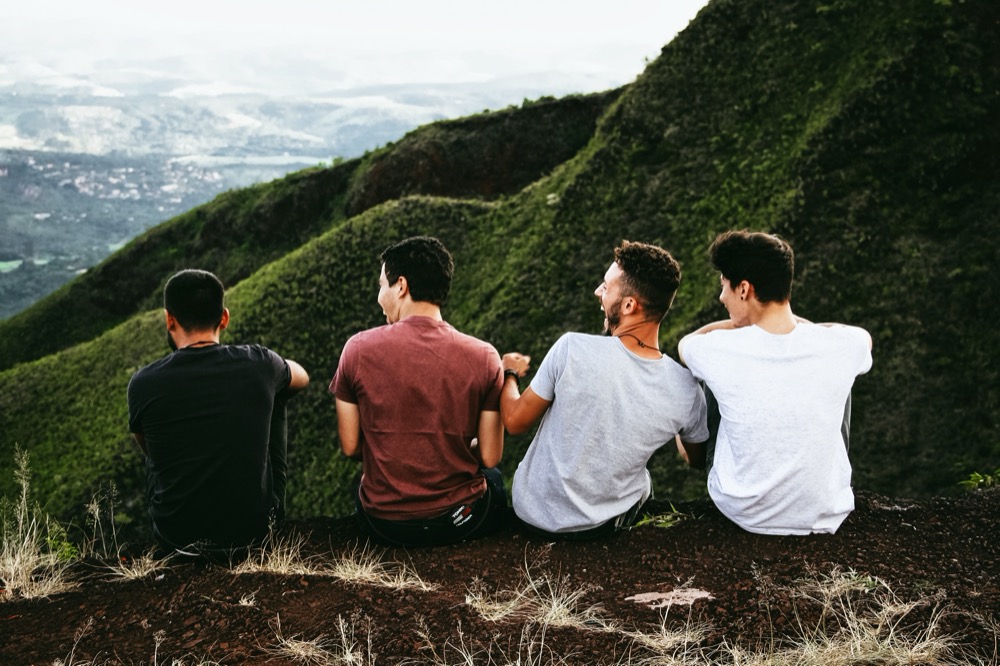 The Sean Kimerling Testicular Cancer Foundation was established in memory of Sean Kimerling, an Emmy Award-winning anchor and pre-game announcer for the Mets. Sean died from testicular cancer when he was only 37. The mission of this charity is to raise awareness of testicular cancer and the importance of self-examinations for early diagnosis and treatment. They educate through the distribution of shower cards for self-examination, social media awareness campaigns and their “Running of the Balls” races. 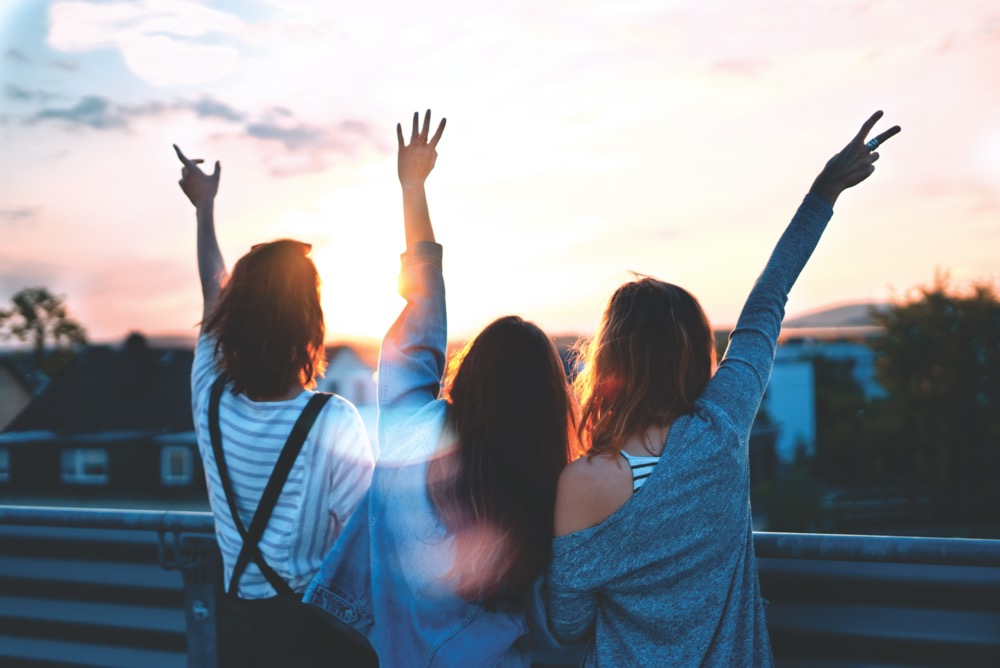 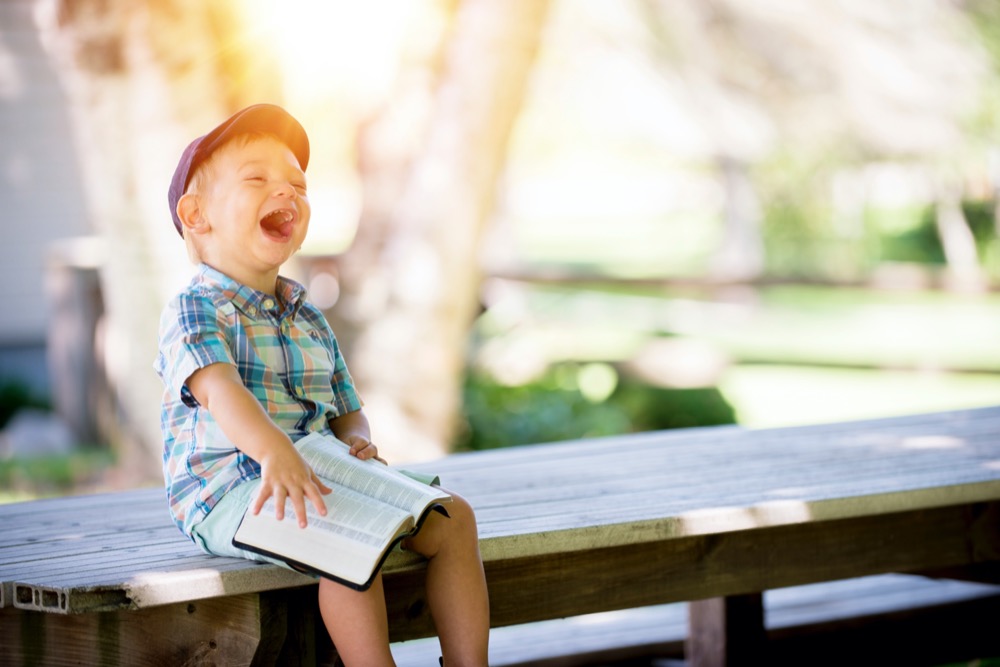 Make-A-Wish has granted hundreds of thousands of life-changing wishes to children battling critical illnesses. Wishes that give families hope through dark times, strength to persevere and experiences that forever change their lives. 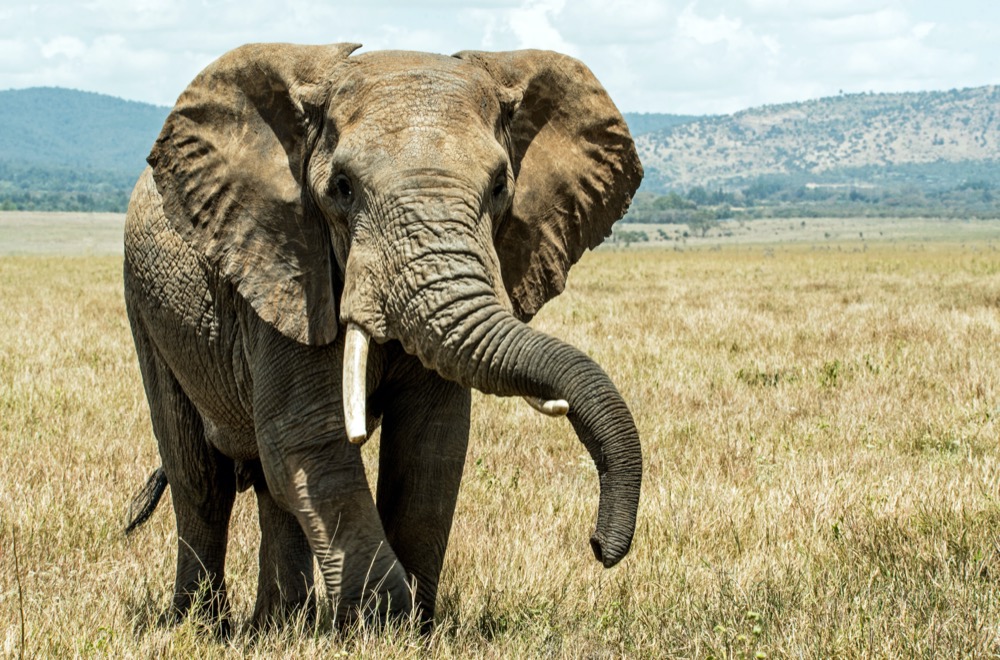 Save The Elephants Fund

Their mission is to secure a future for elephants and to sustain the beauty and ecological integrity of the places they live, promote man’s delight in their intelligence, the diversity of their world, and to develop a tolerant relationship between elephant and man. Save The Elephants involve local people in research and education to develop a conservation ethic based on local knowledge and elephant needs, and recognize that the best ambassadors for elephants are the people with whom they share their land. 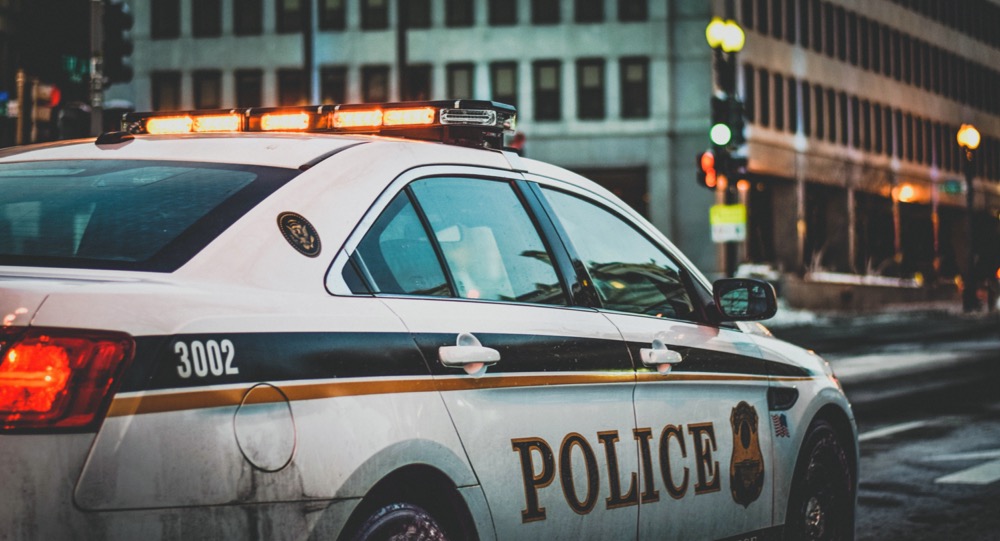 Mothers Against Drunk Driving, is a very important charity to The Crystal Council as we have had someone very close to us impacted by the danger of others drunk driving. Their mission is to end drunk driving, and help advocate and support the victim’s and their families of these violent crimes.