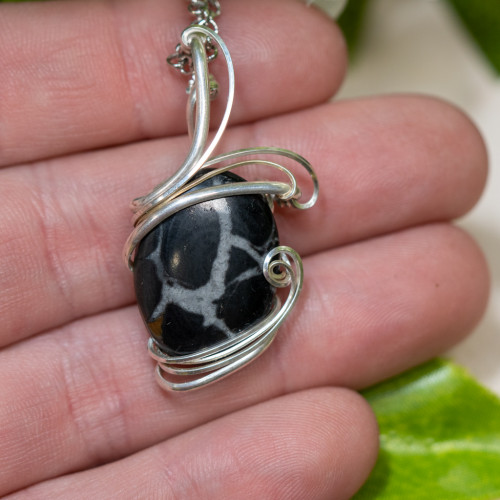 Septarian Nodule, also referred to as Dragon Stone, is a tri color concretion composed of Aragonite (the brown), Calcite, (the yellow), and Limestone (the grey). The name comes from the word “Septaria”, which usually refers to any concretion with internal cavities or cracks. This unique mineral was formed around 50 to 70 million years ago during Earth’s Cretaceous Period. Sea life during that time became attracted to the molten sediment that was produced by these massive volcanic eruptions. Overtime as sea life began to die, their chemical composition became enriched in sedimentary rock, forming the nodules we see today. As oceans began to recede around the world, the water within soon dried out and massive cracks formed internally. The chemicals within the dead sea life eventually crystallized and formed Aragonite “crusts” and drusy Calcite crystals. Most Septarian Nodules are from Utah, where the Gulf Of Mexico once spanned to, as well as Madagascar, which was under very similar conditions during that time period.

Septarian Nodule is a powerful grounding stone that awakens one’s connection to Mother Earth and the nurturing energy she provides. Ones root chakra will become activated when working with this stone, as well as vital life force energy being channeled throughout your body. This energy being transferred through you is that of ancient origin, being a combination of 3 powerful minerals that will help in the realignment of one's chakra column. One may experience an “inner awakening” when connecting with this stone, driving drastic change and new habits to replace ones old daily habits. Septarian is a perfect tool for anyone going through some sort of drastic change in their life and can help one repair their emotional body. Carrying this stone daily will provide a protective shield around ones aura full of power earthen energy that will help one slowly heal from the inside out. It may be a long drawn out process, but one can fully repair their emotional body and push through any lingering trauma. 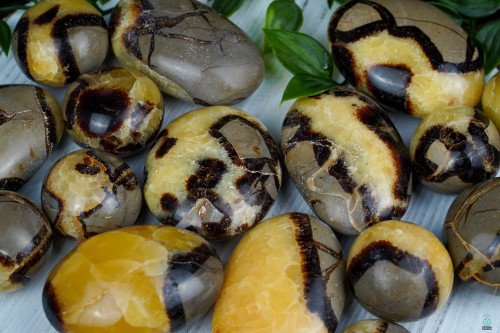 This powerful talisman is also a perfect tool to help one tap into past life energy and memories. Meditating with this stone over your third eye repeatedly can help produce visions of one’s previous life experience, as well as bring more understanding to your current life. Septarian will also help enhance one’s dreams and provide a vividness one has yet to experience. We recommend placing this stone by your night stand or within your pillowcase to maximize its true potential.

Try pairing this stone with Quartz to enhance its energy output and the strength at which it vibrates. 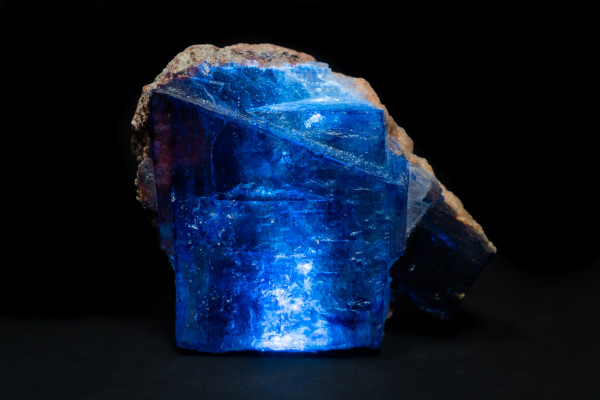