Green Garnet is an uncommon variety of Garnet that’s composed of aluminum and calcium, with possible traces of chromium and vanadium. When one of the latter two minerals are present, this mineral is usually referred to as “Tsavorite Garnet”. Within the 6 types of Garnets (Andradite, Grossular, Uvarovite, Pyrope, Almandite, Spessartite) only Grossular, Andradite, and Uvarovite can be seen as green. For most types, the color can range from a transparent light green to a dark green that can look almost black. The rarest variety of Green Garnet is the Demantoid Garnet, where finding a stone weighing more than 2 carats is extremely rare.

A few chemical impurities within it are the only differences between Green and Red Garnet’s physical structure. These colors share the same properties and project very similar energies. One minor difference is the connection that Green Garnet has with your heart space. This stone helps one open themselves up to the world around them and better connect them to the ones they love. Happiness and joy may soon follow, with one turning their attention to their truest desires. Achieving those emotions will become a priority, as you will soon realize the importance of self-accomplishments. Garnet's natural manifesting and grounding ability make this a true power stone. One that is here to push you to take control of your life path and spiritual evolution. 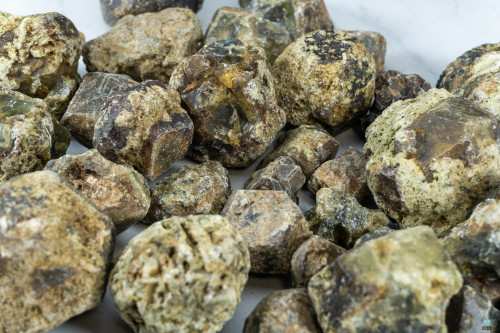 To learn more about this stone and the energies it produces, head on over to our Garnet article! 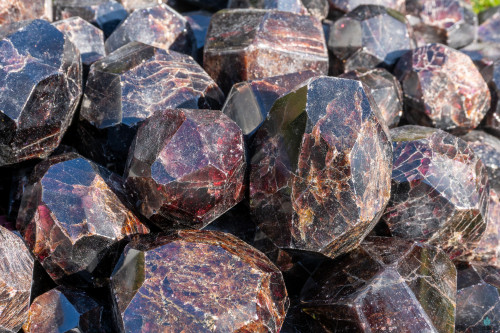 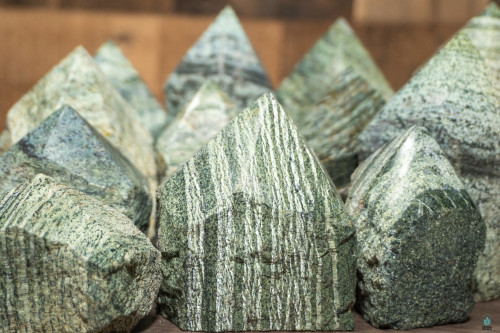 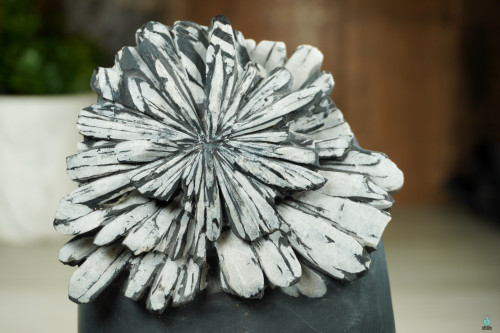 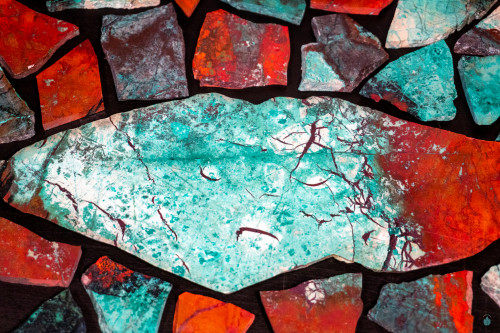 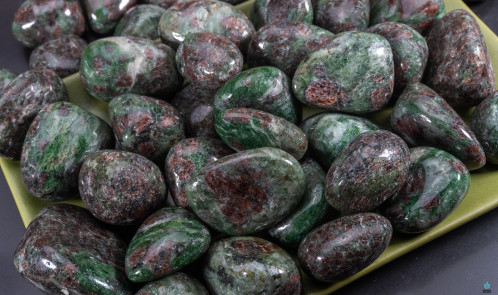 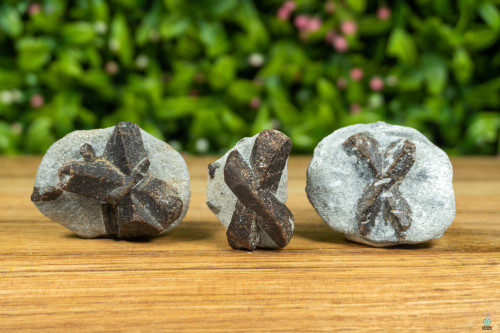