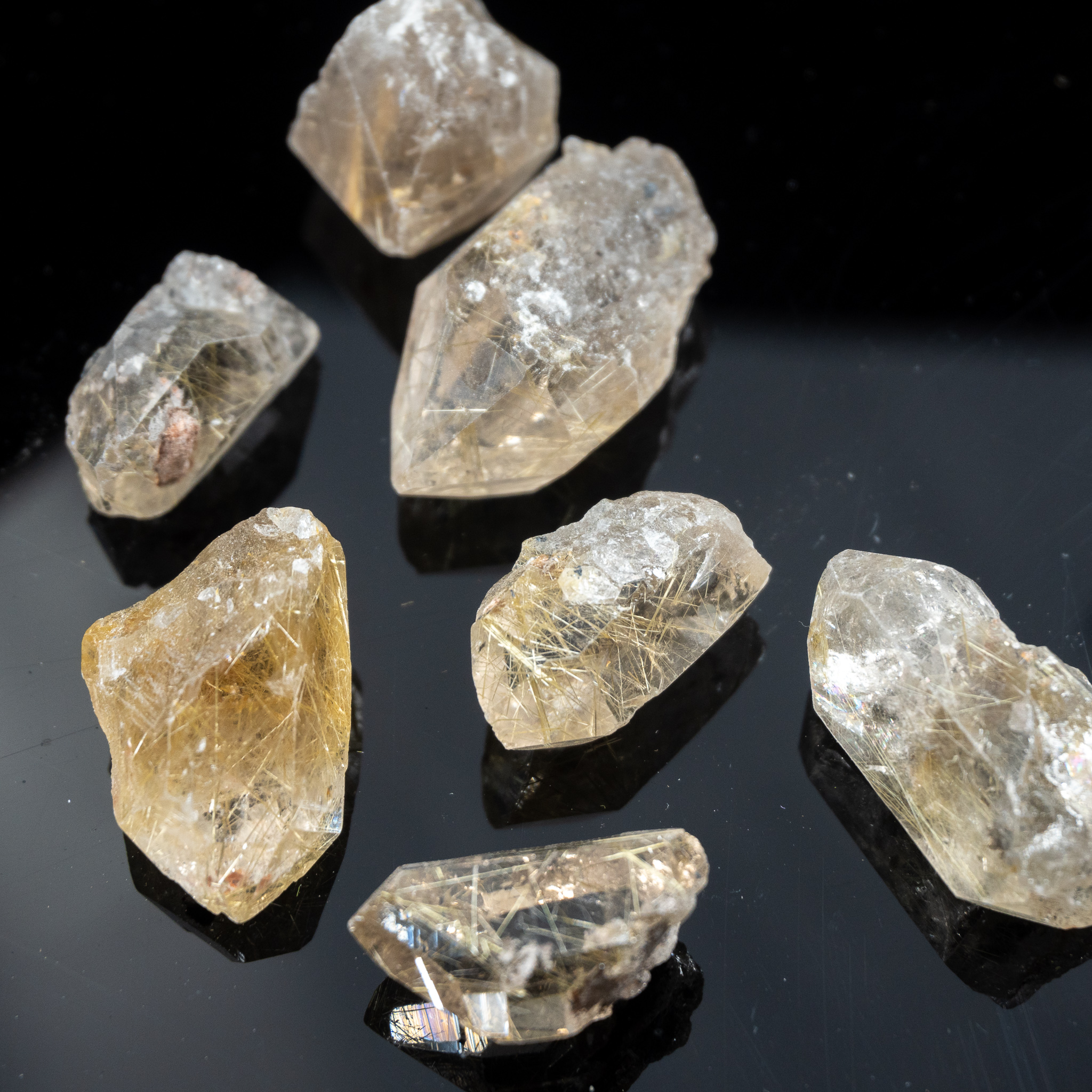 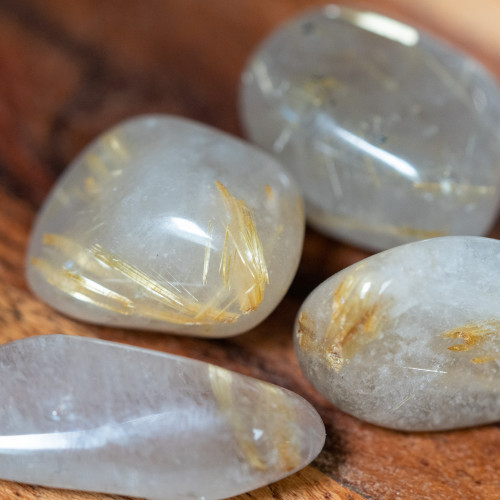 Rutile, often referred throughout history as Red Schorl,is a rare titanium oxide mineral that crystallizes in the form of grains, masses, prismatic crystals and long needle like crystals. These needle shaped crystals can be found penetrating other minerals such as Quartz, Amethyst, and Hematite. These specimens are highly sought after, and often made into jewelry. This crystal is most commonly found as gold or red, but can also be seen as brown or black. Rutile was first discovered in 1803 by A.G. Werner, and was named after the Latin word “rutilus”,  meaning “red”. This was the color of the first specimen found, thus resulting in this semi-confusing name. The most important localities for Rutile lie in the west African nation of Sierra Leone. This small country produces over 30% of the world’s supply of Rutile annually. Other countries such as Brazil, Madagascar, Switzerland, and South Africa are also important contributors.

Rutile is a very powerful and high frequency stone. People who have just started their crystal journey should be weary of the high vibrations this stone carries. Even if you are a seasoned practitioner, we still recommend to place grounding stones around your Rutile specimen, as well as carrying them with you when having your Rutile on you. This is one of the very few minerals in the world known to enhance and accelerate every aspect of your life, as well as unique abilities such as channeling, psychic intuition, manifestation, and astral travel. Use caution, as this mineral can also activate any negative vibrations one is feeling or carrying. It’s very similar to the effects of Epidote, where it amplifies any and all energies it is around. Although activating negative vibrations can be important for one to move on and grow, it can also hurt you as well. Aside from placing this stone away for a day when you feel a bit stronger and more capable or dealing with these emotions, we suggest using protection stones in your practice. Allow yourself to garner confidence in knowing stones like Black Tourmaline, , Shungite, and Black Opal will provide protection from any negative energies attacking you. 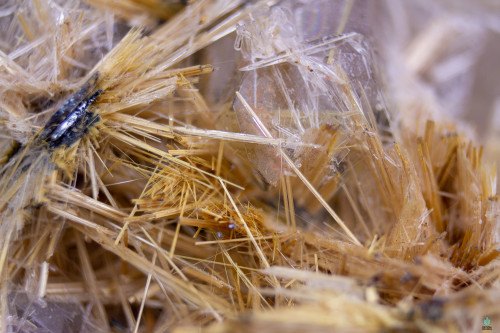 This crystal can be used to help your life in just about every way. Ones entire chakra system becomes activated and aligned when working with this stone. It helps remove any blockages that may be slowing or stopping energy entirely from circulating through our body. Our life force energies become replenished, as well as our inner balance and overall confidence being restored back to normal. Rutile can also help one bridge the physical and spiritual worlds together, and attune to their energies rather rapidly. Messages from the dream realm can be easily understood, as well as the significance behind the imagery we’re shown. Manifesting with Rutile is much different than any stone you’ve used before. It provides focus of one's intention and helps speed up the process to get you there. Rutile helps raise one's mental awareness, leading them to find “short cuts” along the way. This can make the process of achieving your dreams just a little faster, and a lot less daunting. 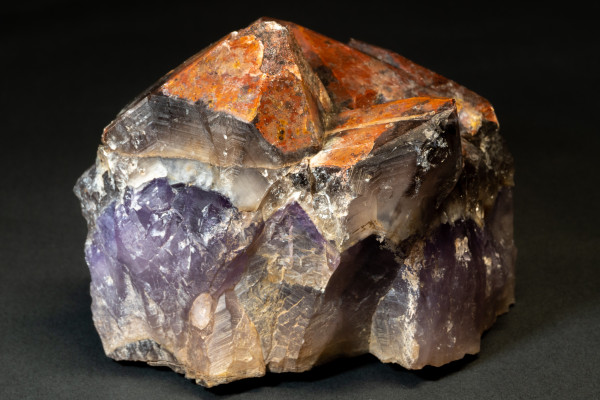